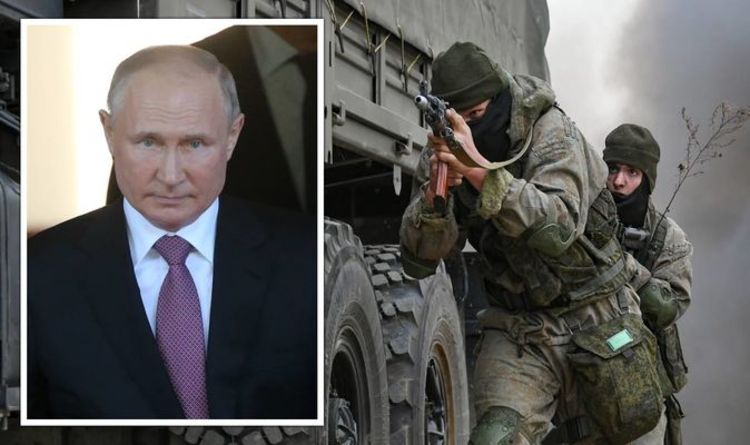 Russia is exerting an increased military presence along the border with Ukraine, causing concern for the west over the threat of invasion. German Chancellor Angela Merkel has said the European Union should be prepared to impose further sanctions against Russia if the situation with Ukraine or on the Belarus-Poland border escalates.

The Kremlin has so far denied any intention to invade Ukraine despite placing 90,000 troops in and around the town of Yelnya about 160 miles north of the border.

But an invasion could actually thwart Vladimir Putin’s wider plans for Europe and the USA, making an invasion more unlikely than originally thought.

What is the root of the conflict?

Russia annexed Ukraine’s Crimean peninsula in 2014 for the removal of President Viktor Yanukovych, a Moscow ally, following widespread protests and unrest in the country.

Weeks later, Russia retaliated by throwing its power behind a separatist insurgency that broke out due to the President’s removal – something Moscow has repeatedly denied.

More than 14,000 people died in the fighting that ensued in Ukraine’s east, until a 2015 peace agreement by France and Germany put a stop to most of the conflict.

What could Russia want?

Russia has accused Ukraine of failing to uphold the 2015 peace deal, and has criticised the West for failing to encourage/enforce its compliance.

The deal was certainly a win for Moscow, as it required to Ukraine to grant considerable autonomy to the rebels, who were backed by Russia.

The result has been numerous ceasefire violations, which have been backed by arms sales from the West.

To add to the issue, Mr Putin has wide ambitions for Ukraine and has openly threatened Ukraine’s statehood before.

He has previously said Russia and Ukraine are “one people” due to their former alliance in the Soviet Union.

Mr Putin has also warned Ukraine against joining NATO, particularly as it could result in Western military training centres being placed in the country.

A united front against Russia would impede a longstanding tenet of Russia’s foreign policy, which is promoting arguments between the US and its allies to weaken NATO and reduce the USA’s hold of Europe.

But Mr Putin, who was said the break up of the Soviet Union was the “the greatest geopolitical catastrophe of the [20th] century,” might not be willing to let Ukraine completely out of his grasp – even if it could undermine his longstanding strategic plans.