TRENDING NOW
Vaccine panel recommends J&J boosters after data says vaccine's effectiveness has 'headroom to improve': Live COVID-19 updates | Michael Burry says he's no longer betting against Tesla and that his put position was just a trade | Biden pushes child care proposals in Connecticut | Trump Is Trying To Hand Democrats The Senate With Fundraiser For Herschel Walker | Jim Jordan Is About To Face His Best Funded Challenger Ever In Jeff Sites | What do chief diversity officers know about tech? | UK lawmaker killed in church knife attack | Trump Supporters Yell F–k Biden At Toddlers As President Visits | Attorney: Cruz to plead guilty to school massacre | Branson’s Virgin Galactic trails Bezos’ Blue Origin in space tourism, while Musk’s SpaceX is in a league of its own | 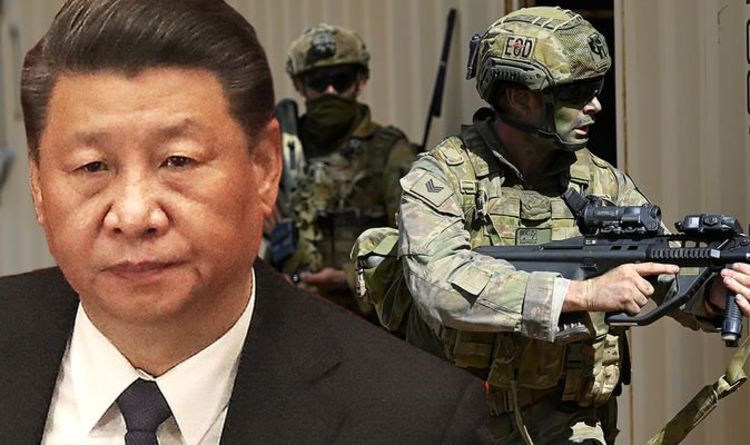 Taiwan has welcomed the Aukus pact between the UK, USA and Australia, whereas China and some key allies have decried the new agreement. The Aukus pact will see nuclear-powered submarines deployed in the Indo-Pacific area, as well as heightened shared surveillance between the three countries to counteract China’s expansionist operations in the area.

Boris Johnson told MPs that the Aukus defence agreement was “not intended to be adversarial” to China.

Mr Johnson said the three countries were “natural allies” even though “we may be separated geographically” and said the alliance would create “a new defence partnership and driving jobs and prosperity”.

But Beijing accused the three countries of adopting a “cold war mentality” and warned they would harm their own interests if the pact goes ahead.

The agreement also spells the end for a $90 billion contract Australia signed with the French company Naval Group in 2016 – a huge setback for President Emmanuel Macron.

China has upped its belligerence toward the country since Joe Biden was inaugurated earlier this year.

In the first few days of Mr Biden’s presidency, Taiwan reported a “large incursion” by Chinese warplanes over two days.

Then on April 12, the Taiwanese Government said China flew the largest number of military jets into its air defence zone for a year.

Whether China will turn up its hostility in the area remains to be seen, however, one Chinese state-run newspaper, Global Times, said “Australian troops are also most likely to be the first batch of western soldiers to waste their lives in the South China Sea.”

What’s more, US Admiral John Aquilino, head of the Pentagon’s Indo-Pacific command, warned earlier this year that a Chinese invasion of Taiwan “is much closer to us than most think”.

China regards Taiwan as a breakaway province, and has vowed to retake the island by force if necessary.