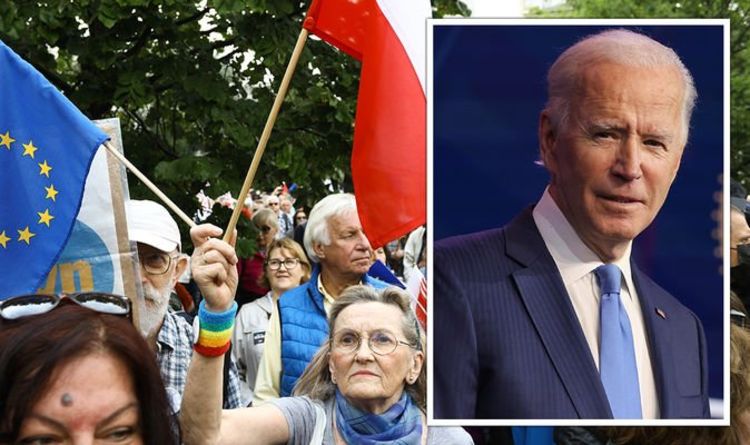 He said at a news conference this week: “It is through the media that other countries influence our social life.”

The proposal has sparked turmoil in Poland, not just among protesting citizens, but also politicians.

On Tuesday, the future of the coalition government was pulled into question as Poland’s deputy prime minister Jaroslaw Gowin, was dismissed.

The Accord party, of which Mr Gowin is the leader, opposed the changes to the broadcast media law in its current form.