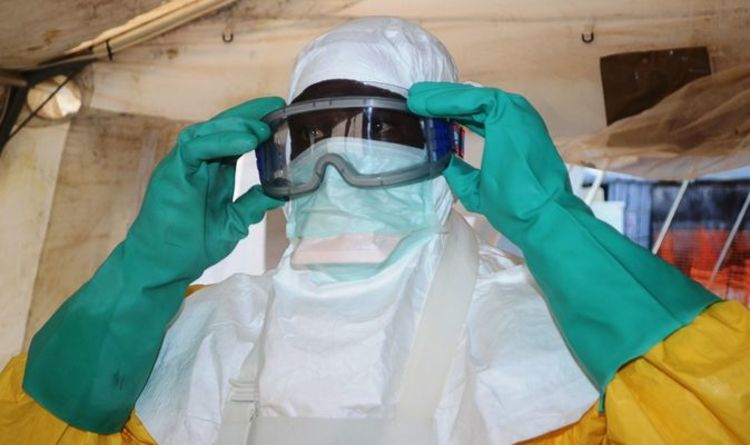 The WHO has warned today of an outbreak of the highly contagious Marburg virus. Announced today, the WHO has revealed one man died of the highly virulent virus on August 6. The case was the first ever reported in Guinea and West Africa.

The Marburg virus has high fatality rates and as of yet, there is no drug approved to combat it.

Such is the concern over the transmission of the virus in Guinea, the WHO and other organisations such as the Red Cross have initiated measures to control the outbreak.

The WHO is now investigating the source of the infection following the death.

A further four close contacts have now been reported in association with the fatality.

The WHO also fears for an outbreak at national and regional level.

The WHO said in a statement: “Marburg virus disease (MVD) is a highly virulent, epidemic-prone disease associated with high case fatality rates (CFR 24-90%).

“In the early course of the disease, clinical diagnosis of MVD is difficult to distinguish from other tropical febrile illnesses, because of the similarities in the clinical symptoms.”

Although PCR tests identified the virus, it is incredibly hard to identify due to its similarities to Ebola.

The WHO concluded: “Cross-border population movement and community mixing between Guinea and neighboring Sierra Leone and Liberia may increase the risk of cross-border spread and as such, the Ministry of Health and Sanitation has proactively assessed the situation together with stakeholders and the district health leadership in Kono and Kailahun districts of Sierra Leone have been alerted.

“Health authorities in Sierra Leone and Liberia have activated contingency plans and have started public health measures at the points of entry with Guinea.

“Additionally the potential transmission of the virus between bat colonies and humans also pose an increased risk for cross-border spread.

“These factors suggest a high risk at the national level, requiring an immediate and coordinated response with support from international partners.

“The risk at the regional level is high, based on the fact that the Guéckédou prefecture is well connected to Liberia and Sierra Leone, although authorities are already taking action.”

Despite the fresh outbreak, the WHO reported last month the Ebola outbreak reported earlier this year is now over.

Reported in February, the outbreak killed 12 people while also infected 16.