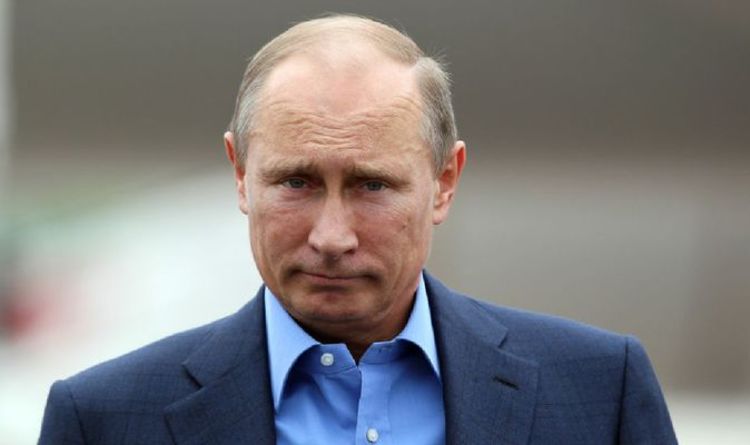 Russian and Belarusian troops are currently engaged in massive military drills close to European borders. The “Zapad-2021” exercises involve up to 200,000 military personnel, some 80 aircraft and helicopters, up to 15 ships and nearly 300 tanks, according to the Russian Defence Ministry. Throughout the drills, Mr Putin has proudly shown off an array of sophisticated weaponry, spreading fear among his Nato adversaries in the process.

Yesterday, the Russian tyro unleashed one of his trump cards – the “Terminator” tank.

Known as the Uran-9, the tank is equipped with Shmel-M flamethrowers, Ataka guided weapons and anti-tank missiles, along with a 7.62mm machine gun.

The 12-ton machine is remote controlled and can destroy targets as far away as three miles.

The S-500 Prometheus anti-aircraft missile system was also deployed in the military exercises.

In an interview last Friday, Martin Herem, commander of the Estonian Defence Forces said: “We need to realise that this [a Russian military attack on Estonia] may indeed happen in the coming years.

“Russia’s goal likely isn’t to occupy us – it does not want to gain control through occupation, but it enjoys instability and influence via instability.”

Estonia used to be a part of the Soviet Union and still has a large Russian minority living in the east of the country.