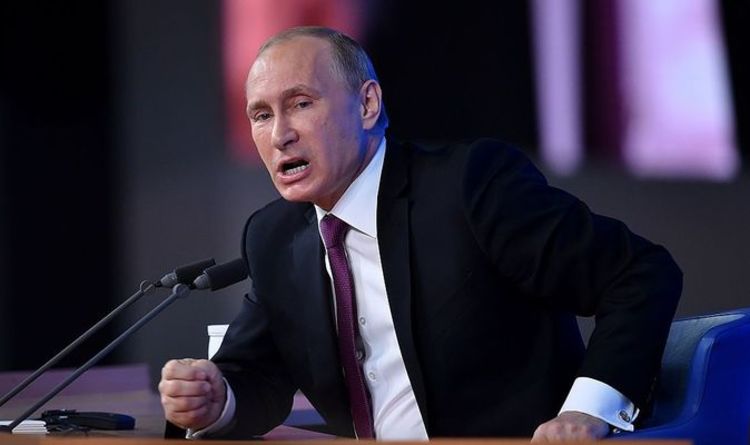 They told MailOnline: “We strongly believe [Putin’s] preference is for a full invasion rather than a limited offensive.

“In a sense he might as well go for as much of Ukraine as he can get hold of because the penalties are just the same.

“Also, if he just occupies the eastern regions he will never be able to take back the whole of Ukraine because of the inevitable strengthening of Ukrainian forces in the remainder of the country in the aftermath.

“It is the nightmare scenario.”

Ukraine is not a member of NATO so it is unlikely that there would be a military response from the west.

Economic sanctions imposed on Russia by the USA and the UK will apply regardless of whether Mr Putin decides to invade or not.

She said: “Our view is this is an extremely dangerous situation.

There has also been an active Russian social media campaign depicting Ukraine as the aggressor.