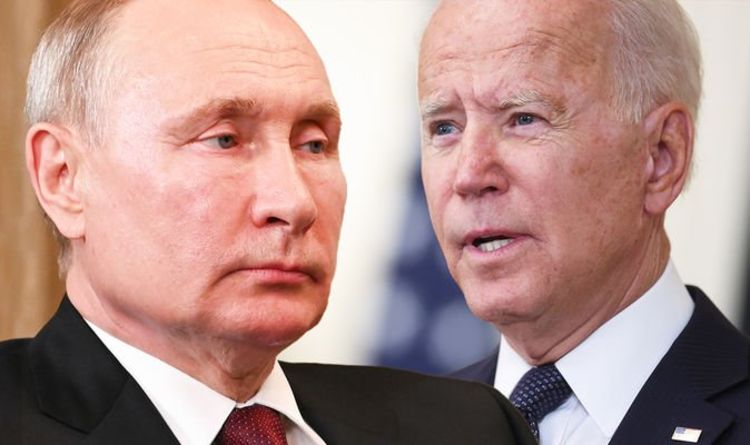 More than 20 diplomats based at the American embassy in Vienna have complained of headaches, nausea, dizziness and even visual disturbances. Their symptoms are strikingly similar to ones first experienced by US officials and intelligence workers around the Cuban capital in 2016.

This led to it being dubbed ‘Havana Syndrome’ – a type of disease that is caused by an attack with high-energy radiation.

Privately, US diplomats have blamed the syndrome on spies working for Russia’s top secret GRU unit – the successor to the KGB.

Western officials say two spies working for the unit travelled to the UK in 2018 and smeared Novichok on the door of former double agent Sergei Skripal.

Now US officials have blamed the sickness which has affected more than 20 of their staff in Austria on the unit.

But privately, US officials have briefed various media outlets that they believe the Russians are to blame.

Since first appearing in 2016, Havana Syndrome has been recorded by US officials across the world.

These included in 2017 in a hotel in Moscow, a year later at the US consulate in Guangzhou, China, and in a hotel in London in 2019.

The Novichok poisoning in the Wiltshire city sparked international condemnation and the ejection of Russian spies from countries across the world.

Both Mr Skripal and his daughter Yulia later fell critically ill and remained in intensive care for weeks after the attack.

They both survived but the discarded perfume bottle used to transport the nerve agent was later discovered by Dawn Sturgess and her partner Charlie Rowley.

While Mr Rowley recovered from being exposed to the substance, Ms Sturgess later died.

Russia has always denied any involvement in the attack.

The two Russian agents accused of carrying out the attack later ludicrously claimed that they were going sightseeing to the Wiltshire city.