Sen. Ted Cruz (R-TX), who has received the COVID vaccine, said he would be introducing a bill banning all mask mandates. 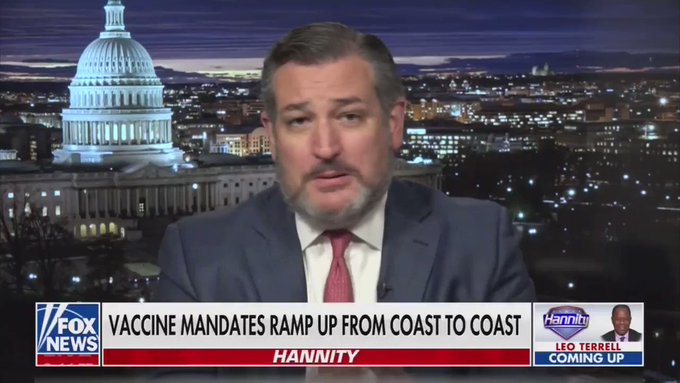 Ted Cruz Is Vaccinated, But He Wants To Spread COVID

Ted Cruz is vaccinated, but he is introducing legislation that would make it easier for unvaccinated Americans to become infected with COVID and die.

Sen. Cruz is in a race with Florida Gov. Ron DeSantis to see who can kill more Americans to help their presidential campaign first. Cruz’s bills will never pass the Senate, but it is the height of hypocrisy for Ted Cruz to discourage masks and vaccinations when he has had the vaccine.

Ted Cruz is both a hypocrite and a fool who is going to get people killed because he thinks that it will help him to win the 2024 Republican presidential nomination.