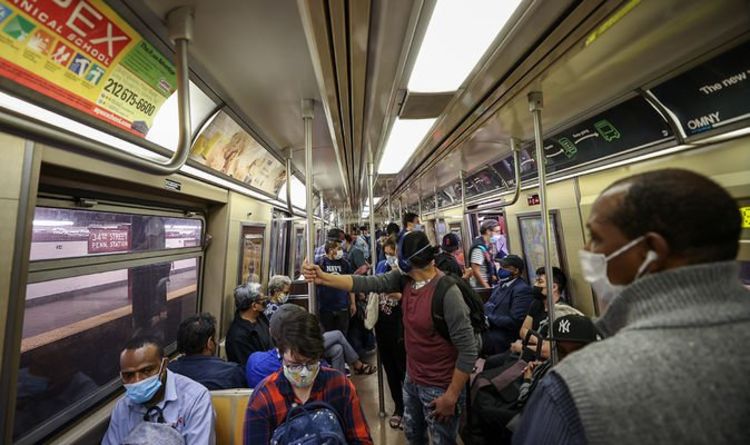 The MTA and the Department of Homeland Security (DHS) will carry out an eerie drill simulating a terrorist attack in New York City over the next two weeks. US security officials insist there is “no imminent threat” of an attack on New York City. A TV anchor for Fox 5 New York said: “As scary as it sounds, it is for your safety. Don’t be alarmed.”

The tests, which will finish on October 29, are intended to test chemical and biological attack readiness.

Fox’s Reagan Medgie explained: “Researchers will be pumping that non-toxic gas throughout the subway system to imitate a biological and chemical attack

While the announcement sparked concern, former New York State Homeland Security Advisor Michael Balboni insisted there was nothing to be worried about.

He said: “This is not to signal to people there is an imminent threat.”

Mr Balboni continued: “The key here is if you believe your adversaries want to take down the core central transit system, then how would they do that?

“This would be one of those ways.

“This is just a proactive stance by MTA to ensure people are comfortable that airflow has been tested.”

The ‘airflow and dispersion study’ is designed to simulate “the aerosol release of a biological agent in a densely populated urban environment”.

Mr Balboni explained that the non-toxic gases will then be tracked, allowing researchers to understand the relationship between airflow on street level and in underground environments.

Researchers will take air samples and materials that settle on the ground and other surfaces.

“Lessons learned now will help refine and verify airflow and dispersion models that will inform response protocols and keep our citizens, critical infrastructure including hospitals, police and fire stations, and our transit systems safe.”