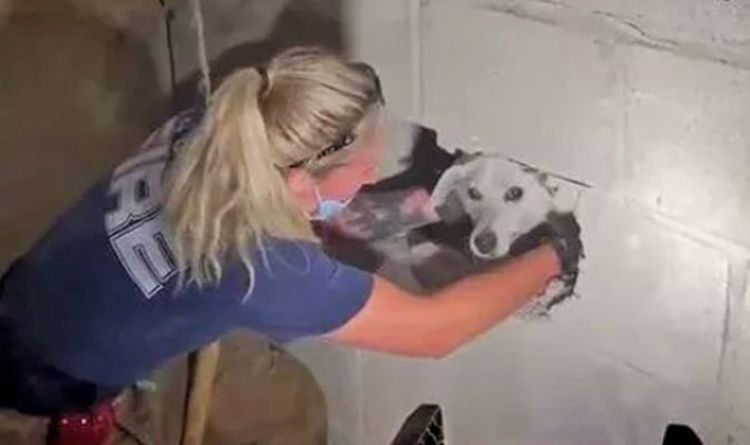 Gertie was last seen by her owners leaving the front door open to their property on Tuesday, July 13. But it wasn’t until Sunday, July 19, when fire fighters were called at 9.40am about a dog heard crying behind a garage wall.

According to a statement from the Cincinnati Fire Department, firefighters quickly realised the pooch had fallen down a small crevice and was trapped between two concrete walls.

In order to get Gertie free from the small gap in the wall, in Cincinnati, Ohio, a sledgehammer and a saw was used to knock a hole through the wall to release her.

The department posted a video on Facebook showing the last few moments before Atkins broke through the wall and was able to reach Gertie.

They said: “There was no way to lift the dog out of the crevice and so it was determined they would have to breach the concrete block wall with saws and a sledgehammer.