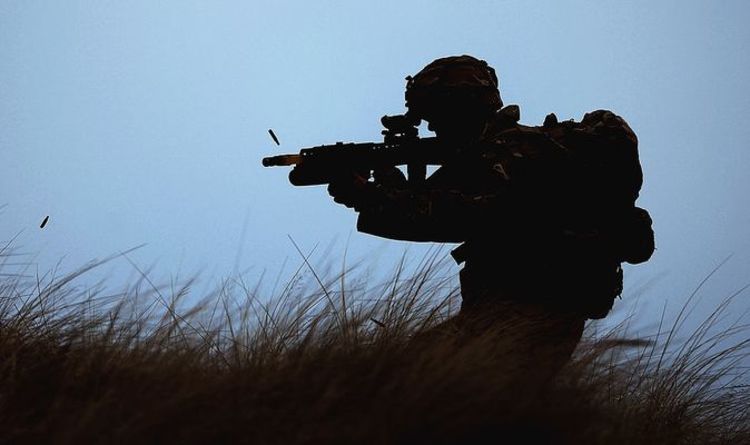 The SAS (Special Air Service) and SBS (Special Boat Service) will focus their attention on “politically treacherous” tasks in Russia and China which require more detail and planning. Brigadier Mark Totten said the Royal Marines would take over the units’ other roles so the special forces would have more time and assets at their disposal.

Totten, who joined the Marines in 1998, told the Times: “What we will be able to do is allow [special forces] to focus on more difficult, more complex, counter-Russia, counter-China [tasks].

“It takes real specialist expertise, so we will allow them to have more time and people to address those and we can conduct some of the tasks, such as maritime counterterrorism for example, or partnered operations, where it is difficult, where there is a higher risk.”

Brigadier Totten is the leader of a 4,000-strong “future commando force” of Royal Marines who will be taking on some of the units’ roles.

According to the Marine commander, the special forces will be based around the world in small numbers and carry out counterterrorism operations in various parts of the world.

Totten did not specifically elaborate on the tasks but said they might include training navies of countries near the South China Sea to better defend against Chinese aggression.

Royal Marines may also be deployed east of Suez and in other parts of the Indo-Pacific.

Totten added that melting ice caps in the Arctic could open sea routes for Russia and China.

He said: “There’s a big geopolitical shift there so why wouldn’t we embed the commando force up there to be ready to react?”

SAS soldiers are expected to remain in an “advisory” capacity while helping to train Afghan troops.

A former SAS soldier who was recently in Afghanistan told The Telegraph, the remaining troops would “provide training to Afghan units and deploy with them on the ground as advisors”.