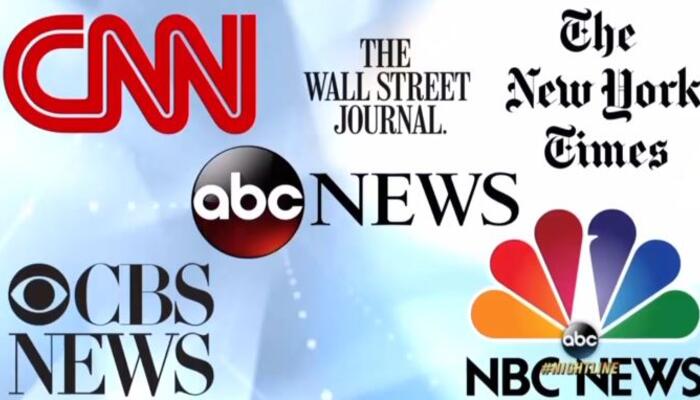 The headline at Fox News read this way:

“A new Gallup poll has revealed that Americans have a consistent lack of trust in media, with more than three-quarters of the public not saying they had much confidence in newspapers or television news.

Only 21% of respondents said they had ‘a great deal’ or ‘quite a lot’ of confidence in newspapers, while only 16% of respondents reported the same of television news. Only Congress fared worse, garnering just 12%.”

Here we go again. As the old character of Gomer Pyle, the hopelessly innocent rube turned Marine in the eponymous long ago CBS show, would say: “Surrrrprise, surrrrprise SURRRRPRISE!”

It was only last month, in this very space, that note was taken of a report from the Reuters Institute for the Study of Journalism at Oxford. A report that said the United States ranked last in media trust —  that would be 29% – with over 90,000 consumers in 46 countries.

This isn’t rocket science —  unless you are in the liberal news media. Two polls in a row, one from Reuters and one from Gallup, are confirming that millions of Americans (and others!) have little to zero trust in the mainstream American news media.

The late Rush Limbaugh used to talk about this over the 30 years of his radio show. (Not to mention that he played no small role in creating the response to “mainstream” media that is conservative media.” He was far from alone. Indeed, the very site you are reading, NewsBusters —  an arm of the Media Research Center – exists in the first place because conservatives understood this problem a very long time ago and were resolved to do something about it.

To be basic? If you were the captain of a boat and the boat sprang a leak, you would hurry to repair the boat and stop the leak. The problem in this case is that the media boat is, as it were, the Titanic. And the Titanic that is the mainstream media has hit a mammoth iceberg called liberalism. That iceberg has ripped a long and gaping hole in the credibility of the media’s ship —  and, as with the Gallup poll and the Reuters survey —  it is plain as day that the media’s credibility ship is not just taking on water it is rapidly sinking out of sight.

One would think that any reasonably sensitive and awake media executive would, alarmed, be working overtime to solve the problem. But it isn’t happening.

To throw out one example? Recall the attention that was generated when, in 1980, an Atlanta billboard company owner who also owned a single local TV station, announced that he had organized a brand new 24-hour cable news network, suitably called CNN. It was the very first cable news station. The world stared in fascination.

When Iraq’s Saddam Hussein invaded Kuwait and the United States went to war to remove him, the world was riveted to CNN as its reporters, barricaded in their Baghdad hotel room, aimed the cameras out the window to show American rockets reigning down on Bagdad. There was no sermonizing about then-President George H.W. Bush being a bad man or comparing him to Hitler or other lefty-opinionated nonsense. It was just straight reporting that told viewers what the reporters were seeing.

Ted Turner would later write this of his idea in his autobiography Call Me Ted. He wanted to create CNN so that it would do “serious journalism,” adding:

“I also wanted to present the news in an unbiased fashion. At that time, some of the evening anchors, (of network broadcast news) including Walter Cronkite, were injecting their own opinions into the telecasts and I just didn’t like it. (CNN president Reese) Schonfeld and I decided that on CNN, news would be the star, not our on-air people.”

Ted Turner is long gone from CNN which is now almost exclusively opinion driven (And yes, full disclosure, I was once a CNN opinionator.)

But it isn’t just CNN and television news that has a problem. Note well that the Gallup poll also says this:

“Only 21% of respondents said they had ‘a great deal’ or ‘quite a lot’ of confidence in newspapers.”

Readers are well aware that once towering journalistic icons like The New York Times, The Washington Post and others have been remade as citadels of The Woke. They still have the usual titles of “editor” and so on, but in fact they are run in actuality by the staff of woke, Twitter-obsessed young journalists who are not about “all the news fit to print” (as The Times motto went).

Now ex-Times reporter Bari Weiss – who famously quit the paper with a blistering and quite public letter of resignation – describes The Times this way:

“Instead, a new consensus has emerged in the press, but perhaps especially at this paper: that truth isn’t a process of collective discovery, but an orthodoxy already known to an enlightened few whose job is to inform everyone else.

Twitter is not on the masthead of The New York Times. But Twitter has become its ultimate editor. As the ethics and mores of that platform have become those of the paper, the paper itself has increasingly become a kind of performance space. Stories are chosen and told in a way to satisfy the narrowest of audiences, rather than to allow a curious public to read about the world and then draw their own conclusions. I was always taught that journalists were charged with writing the first rough draft of history. Now, history itself is one more ephemeral thing molded to fit the needs of a predetermined narrative.”

This latest Gallup poll on how the American people view both newspapers and cable news is nothing but the statistical data confirming what Weiss has quite pointedly said.

The only surprising thing about this Gallup poll and what it found would be if there is anyone left in America who could be surprised.

Now that would be breaking news.