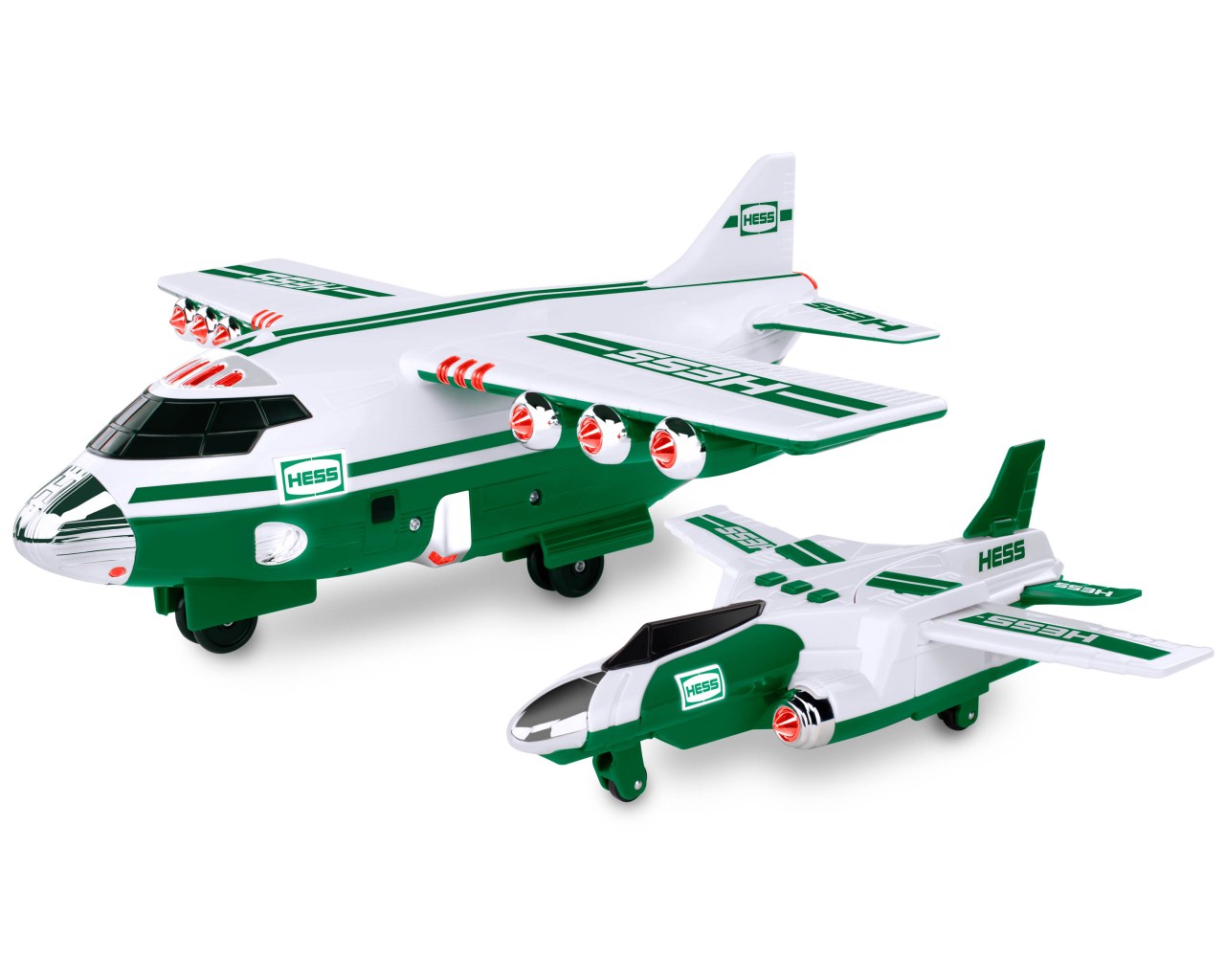 The “2021 Cargo Plane and Jet” set features foldable landing gear, 32 lights, and a hidden slide-out ramp that stows a fold-up jet. But that’s not the only big change.

The company says this year’s design is also the largest Hess vehicle ever produced, with a nearly 14-inch-long fuselage and 15-inch wingspan.

Hess says its highly secretive development process takes anywhere between two and three years before a model actually goes on sale, with more complicated models taking as long as six years to go from concept to market.

According to the company’s “History,” the iconic holiday tradition began with the 1964 Hess Tanker Trailer, which was designed to be a replica of the company’s first B61 Mack truck and trailer. The toy featured working headlights, taillights, and a cargo tank that could be filled and emptied with an accompanying funnel and rubber hose.

Nearly two decades later, the company says its annual TV advertisements had made their debut adapting the song “My Boyfriend’s Back” by the ’60s group The Angels. Hess says the jingle has been rearranged for the newest toy and commercial release every year since then.

The 2021 Hess Cargo Plane and Jet retails for $39.99 exclusively at HessToyTruck.com.