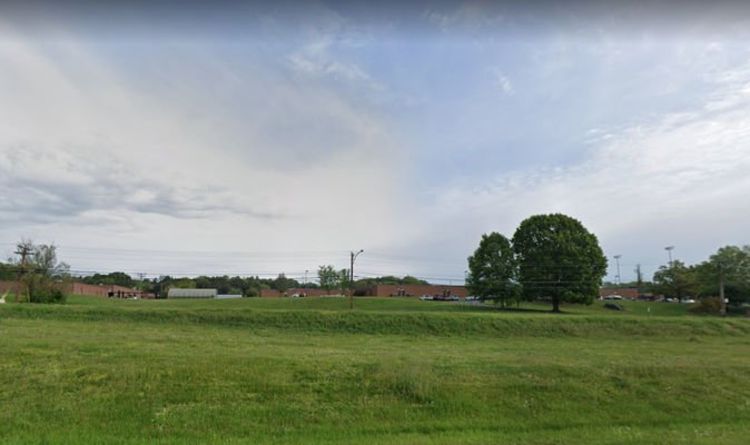 Officials with Hawkins County EMS Ambulance Services confirmed multiple ambulances were called to Volunteer High School in east Tennessee. Several patients were transported from the scene, according to local reports.

The Hawkins County Sheriff’s Office released a statement on Facebook which said they responded to reports of an active shooter.

It read: “This morning, just before 8:00am, the Hawkins County Sheriff’s Office received a call stating that an active shooter was inside Volunteer High School.

“At this time, a suspect has not been located and no injuries have been reported.

“The investigation is ongoing, and multiple agencies are assisting.”

It is believed a gun was found at the school.

The school district confirmed students are evacuated on buses to a National Guard Armory to be picked up by their parents.

The statement read: “There has been an emergency situation at Volunteer High School.

“Our major concern at this time is for the safety of our students and staff; please stay clear of the area to allow law enforcement and emergency personnel access to the area.”

Other schools in the county were also placed on a temporary lockdown which was later lifted.

One distraught mother told News4 Nashville that her 15-year-old son was locked down in the high school.

She said: “He was distraught.

“I just want him out of the school.”

Students returned to the classroom on Monday for half a day and today marked the first full day of classes.

This month there have been at least six mass shootings across the US.

On August 1, five people were wounded in a parking lot in Rhode Island and a man was killed and three wounded in an early morning shooting in Texas.

A teenager was killed and two teenagers and an adult were wounded by a teenager in New Orleans.

A further five adults were wounded in a shooting near Bourbon Street in New Orleans.

Nine people were wounded in the early morning at a local dance studio in Columbia, South Carolina.

The shooter was arrested in Florida shortly after.