Teen plays with Pearl Jam at concert after drummer tests positive for COVID: ‘It was surreal’ 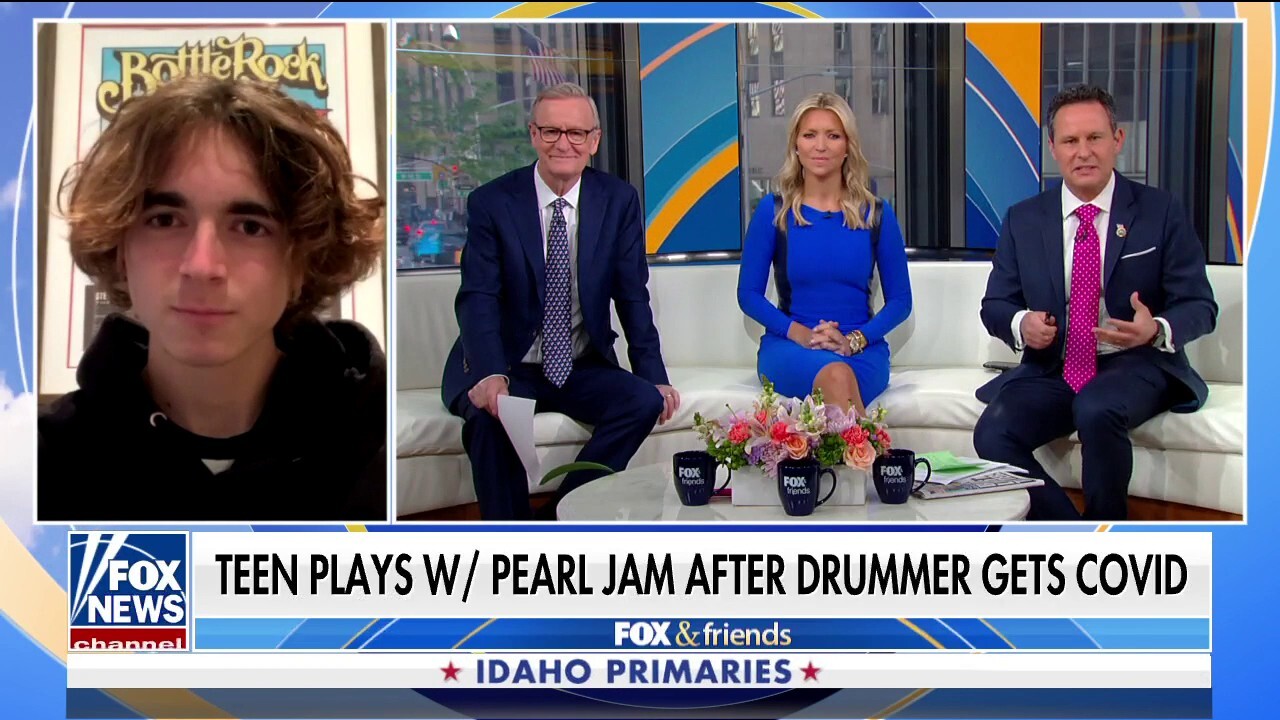 Disaster struck the band Pearl Jam when drummer Matt Cameron tested positive for COVID-19 before a concert at Oakland Arena last Friday night, but a local 18-year-old stepped up to the plate to help the rock legends’ show go on.

Pearl Jam’s hit song “Jeremy” was inspired by a Texas teenager who shot himself in front of his classmates in 1991.
(Getty Images)

“On Thursday night, I heard that Matt Cameron was sick, and I was getting a bunch of texts from people that were at the show [saying] that they needed a drummer,” he said. Neukermans remembered his previous encounter with singer Eddie Vedder’s daughter Olivia after meeting her at a festival a few years ago and decided to send her a text.

“The next day, at around noon, Olivia texted me and tells me to send her a video of me playing a Pearl Jam song, and I didn’t know any Pearl Jam songs, so I left school and learned the song called ‘Mind Your Manners,’” he recounted.

Neukermans said he recorded himself performing the song, sent the video to Olivia and the story escalated from there. The band had already secured more experienced fill-in drummers, but they let Neukermans come up for one song.

He said he was “definitely really nervous” and said he tried not to display his anxiety while on stage.

He went on to say that this has been his dream for a long time, said the opportunity increased his popularity at school and described the experience of performing on stage with a legendary band.

“It was crazy to see all of those legendary musicians in front of me,” he said. “It was pretty surreal…”