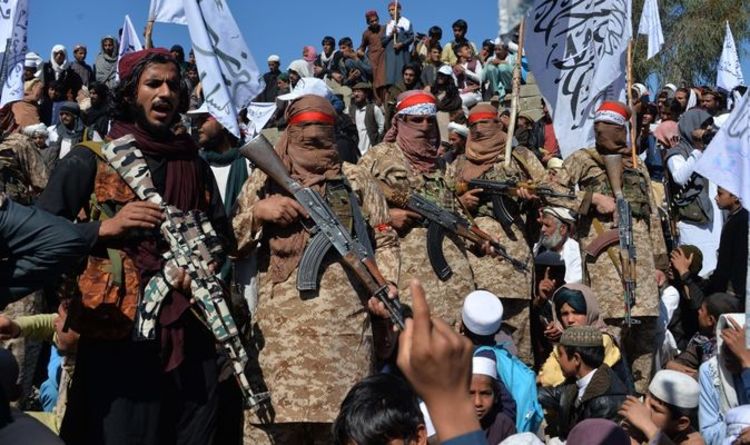 The Taliban are said to have dragged civilians from their homes as they conduct house-to-house searches in Kandahar. Nazar Mohammad, a famous Afghanistani comedian, was among the dozens allegedly killed by the militant terror group.

Images were released showing Mohammad, who had served as a local police officer in the province, being executed.

The first showed the comedian backed up against a tree and the second depicted Mohammad on the ground with his throat slashed.

Mr Mohammad’s family accuse the Taliban of his murder.

However, the Jihadist group has denied any involvement.

It has been estimated that around 100 people have been killed in the province in the past two weeks.

Another 300 are reported missing.

The carnage in Kandahar could see the Taliban take control of the city.

READ MORE: Can I travel to the US? Biden refuses to lift restrictions on Brits

Kandahar had been seen as the Taliban’s birthplace, following their strong support in the city during the 1990s.

As the Taliban continue to make in-roads into Afghanistan’s second largest city, thousands of families have marched northwards to Kabul or tried to find safety at makeshift refugee camps.

Zainab, a mother of three from the city, said: “Some managed to flee but many are still trapped in the fighting. We lived in the city centre but fled for Kabul. I cannot contact friends and relatives. I don’t know if they are alive or dead.”

Official estimates suggest more than 150,000 civilians have been displaced in the southern Kandahar region.