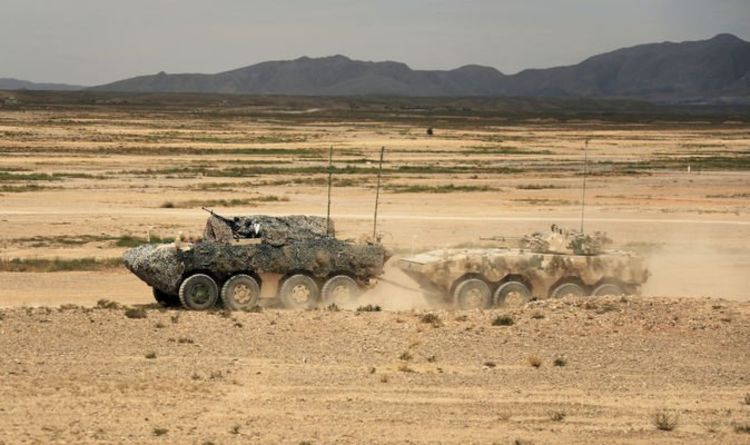 Taiwan however opposes Chinese reunification and rule from Beijing. President Xi Jinping in China has expressed his aims to annex the island by suggesting there is “no room for any form of Taiwan independence.”

Dr Nick Bisley, from La Trobe University in Australia said: “Xi Jinping has made a very public and very clear signal that says Taiwan is not a problem that will be passed down to the next generation.

“Now, of course, he doesn’t have term limits. He’ll be there for a long while.
We don’t know what the exact time frame is. But there does seem to be one.”

Dr Oriana Skylar Mastro of the Freeman Spogli Institute for International Studies at Stanford University said: “Some people in Australia have questioned what the US would do – the US is 100 per cent going to fight this war.

“But the big issue is the balance of power has shifted and the reason they might go for this landing is because they think they could win… even if the US intervenes.”

She added: “There is a lot of discussion about what Chinese use of force would look like.”

China sees Taiwan as a province of their territory, despite many Taiwan residents seeking independence for the island.

Taiwan is mainly accepted as an independent state due to having its own constitution and democratically-elected leaders.

America has a history of providing arms to Taiwan which follow under the terms of the decades-old Taiwan Relations Act.