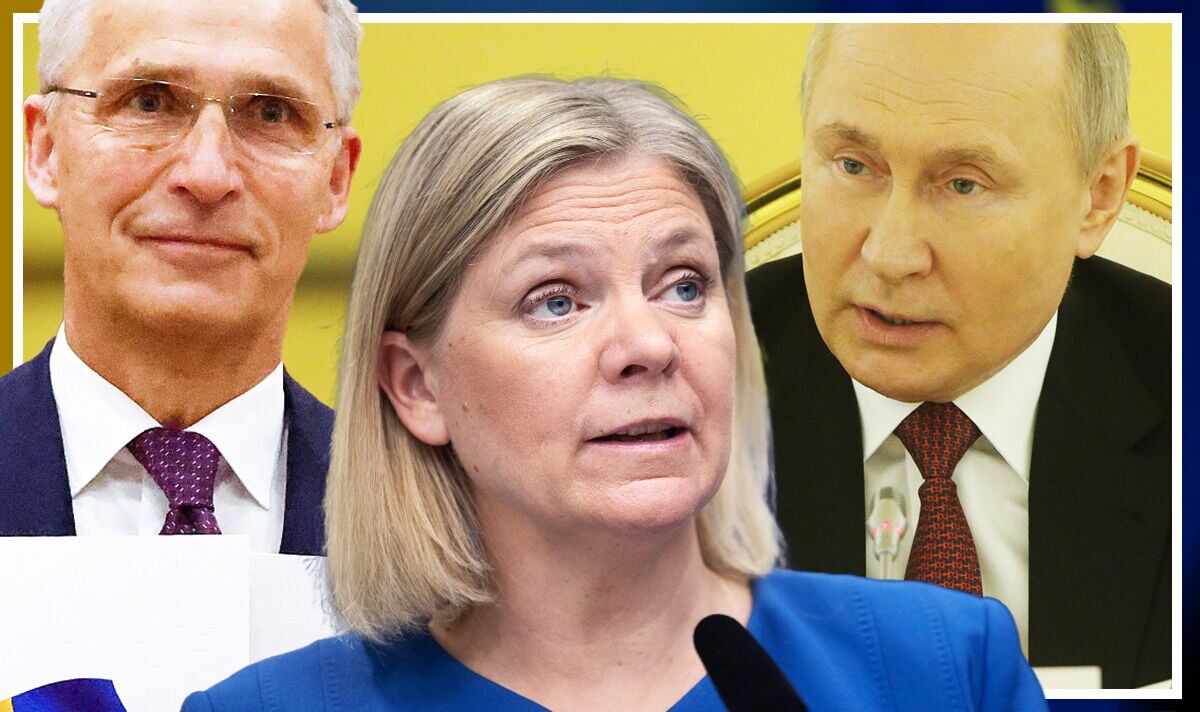 While a record 76 percent of Finland is in favour of joining NATO, Sweden‘s public opinion is more polarised, with 57 percent of Swedes now favouring NATO membership. The two countries’ move to join the military alliance was prompted by Russia’s invasion of Ukraine and the possibility of the conflict expanding to other countries. But some Swedes are not sure whether NATO accession is the right option. Speaking to CNN, economic student Anton Hamburg branded Sweden’s decision to join NATO has been “rushed”: “I don’t think that people should be scared that Russia is going to invade Sweden.”

“They (Russian troops)’re not going to invade Sweden.”

Anita Sullivan, a 70-year-old Swede, told CNN Sweden should keep playing the role of peacemaker. Sweden’s NATO application is a major shift in foreign policy, as military neutrality has been a central tenet of Sweden’s national identity.

For Anita, the warnings about Russia are just “NATO propaganda”. Sweden hasn’t been at war with Russia in 200 years, with the last one breaking out in the early 19th century.

However, other Swedes agree with the Government’s decision to become members of NATO.

Rainer Pinior, a German-born World War 2 survivor, settled in Sweden 60 years ago and believes joining NATO is the right course of action.

Reflecting on the invasion, he said: “It comes back all the memory of what happened to those people.

On Sweden’s decision to apply for NATO membership, German-born Rainer said: “Yeah, it’s right. Because nobody knows what’s going to happen in the next ten days. That is my concern.”

Turkey already vetoed their application on the grounds that they are harbouring members of Kurdish militant groups – which Ankara considers terrorist organisations.

Turkish President Recep Tayyip Erdogan said: “NATO expansion is only meaningful for us in proportion to the respect that will be shown to our sensitivities.”