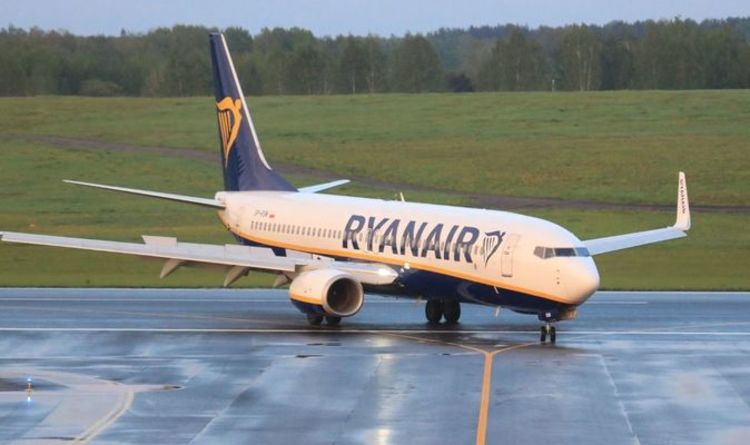 The President of Belarus, Alexander Lukashenko, ordered a MiG-29 fighter to escort the Ryanair jet to the capital Minsk on Sunday. The Ryanair jet was lured into making an emergency touchdown in Minsk after Belarusian authorities informed the aircrew {that a} bomb was onboard.

Upon contact down the journalist Roman Protasevich, 26, an outspoken critic of the regime, was seized by safety forces and detained.

In a press launch yesterday the airline stated the diversion was attributable to a “potential safety menace on board”.

“That is now being handled by EU security and safety businesses and NATO.

“Ryanair is full cooperating with them and we can not remark additional for safety causes”.

He added: “It seems the intent of the authorities was to take away a journalist and his travelling companion… we imagine there have been some KGB brokers offloaded on the airport as properly.”

Passengers onboard the plane had been left shaken after their flight was pressured to land in Minsk.

Mr Protasevich informed his fellow passengers: “The dying penalty awaits me right here,” when he realised that the airplane had landed in Minsk.

Belarus nonetheless has the dying penalty.

This illegal kidnapping has sparked worldwide outrage and requires the journalist’s fast launch have been made.

Belarus might face heavy sanctions, as European leaders at this time maintain emergency talks over how to answer the hijacking.