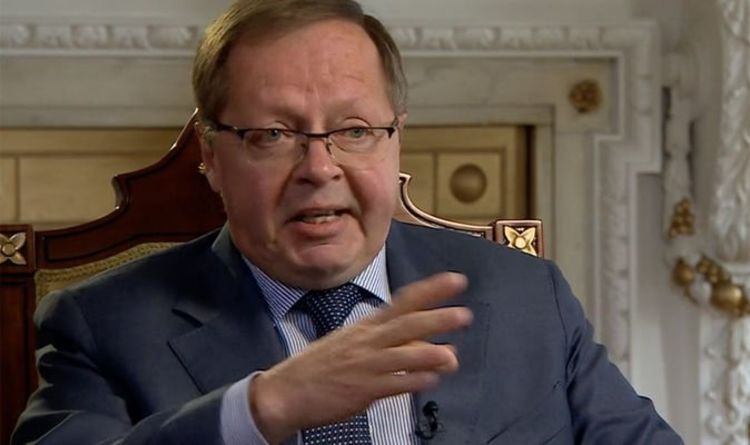 Russia’s ambassador to the UK Andrei Kelin has warned that Ukraine desires a massacre – and Russia is able to reply with power. This comes as Andrew Marr grilled Mr Kelin on the large variety of Russian troops amassing on its border with Ukraine. The BBC host urged that this “appears like the start of an invasion” to many observers.

Mr Kelin claimed that Russia weren’t searching for battle, however insisted “Russia will reply if Ukraine begins a massacre”.

Japanese Ukraine is beneath the management of Russia-backed rebels, and Moscow has warned that makes an attempt to assault these rebels would see a navy response from Russia.

Mr Kelin instructed the BBC: “We’re shifting troops to inform Ukraine that there can be a worth in the event that they resolve to advance on this territory and make a massacre on it.”

He insisted that the variety of troops on the border, understood to be a tenth of Russia’s whole armed forces, have been a “regular navy train”.