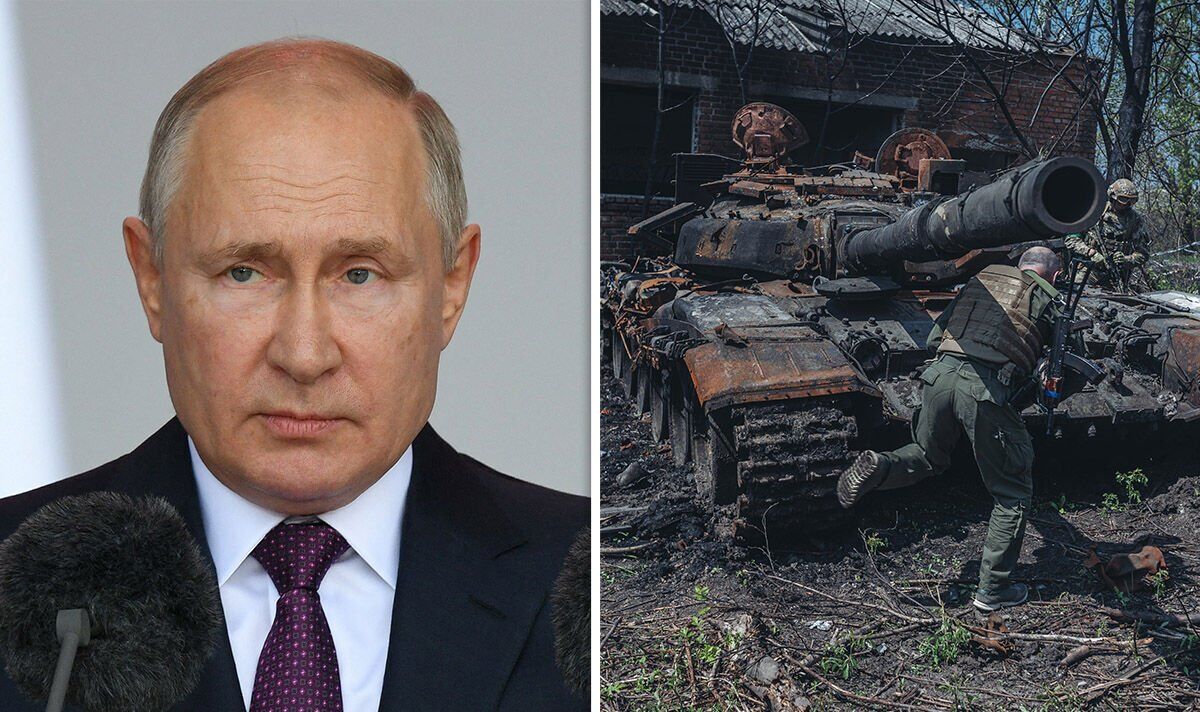 Putin’s war in Ukraine is not going well. Over the weekend, British military intelligence said it appeared that Russia had lost around a third of the ground forces it deployed to Ukraine and its offensive in the Donbas region “has lost momentum and fallen significantly behind schedule”. And on Sunday, NATO Secretary General Jens Stoltenberg said Ukraine could win the war as the invasion is increasingly “not going as Moscow had planned”, as Finland confirms its bid to join the military alliance, a move that has further enraged the Kremlin. Speaking about the ongoing failings, former US Ambassador to Russia, Michael McFaul, listed Putin’s shortfalls and said he believed Russia had already lost the war.

He cited evidence such as major cities remaining under Ukraine’s control and NATO’s welcoming of Finland and Sweden, piling pressure on Putin.

Speaking to CNBC on Friday, Mr McFaul said: “I think he has lost the war in Ukraine already.

“He may win some battles, we don’t know what’s going to happen in Donbas, but if you go back to those original conversations we were having a few months ago, he has failed with all of his major military objectives.

“Putin said he was fighting NATO yet he has expanded NATO, strengthened NATO, as a result of this war in Ukraine.

“So on all of these major objectives that he himself defined…he has failed to achieve.”

Ukrainian President Volodymyr Zelensky appears to be in agreement.

On Monday, he said Putin’s invasion is at a dead end.

The UK’s Ministry of Defence (MOD) said on Twitter last week: “Despite small-scale initial advances, Russia has failed to achieve substantial territorial gains over the past month whilst sustaining consistently high levels of attrition.

“Russia has now likely suffered losses of one-third of the ground combat force it committed in February.”

The MOD also said Ukraine’s troops decimated a Russian battalion as it tried to cross a series of pontoon bridges over a river in the northeast of the country.

While it was not clear how many soldiers were killed trying to cross the Seversky Donets River, the numbers of burned-out and destroyed vehicles scattered along the riverside suggested that Russian forces suffered heavy losses.

They added: “Conducting river crossings in a contested environment is a highly risky manoeuvre and speaks to the pressure the Russian commanders are under to make progress in their operations in eastern Ukraine.”

It appears that Russia will also have to brace for economic challenges.

The country is in the grip of one of the heaviest sanction regimes ever imposed, which will soon be intensified as Brussels discusses a ban on its oil.

‘Pathetic’ Putin ‘on thin ice’ as even loyal allies turning back

Meet the agency behind the UK’s defensive nuclear capacity

However, the Russian economy has surprised many by doing better than expected despite sanctions.

The ruble, which lost a quarter of its value after the invasion, has rebounded.

Putin said yesterday that the economy was “confidently managing in the face of external challenges” and boasted that the rouble was “probably showing the best dynamics among all international currencies”.

Moscow is still aware that its economy is under threat, however.

According to a leaked document published this week, the Russian finance ministry is expecting a 12 percent collapse in GDP this year, wiping out nearly a decade’s growth.

It would be the biggest implosion since 1994, when Russia was in the midst of a transition to a market economy.