Rosie O’Donnell’s ‘The L Word’ Character: Hillary’s Loss ‘All I Think About’ 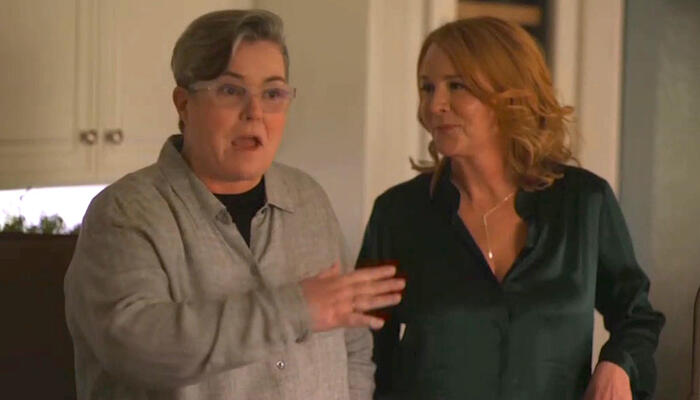 Season two of Showtime’s The L Word: Generation Q premiered on Sunday, August 8, and the new season found a way to make the show even worse than last season. It introduced a lesbian fiancée played by Rosie O’Donnell who bemoans the fact that women sometimes lose elections.

In the episode, “Late to the Party,” the ex-wife of lead character Bette Porter (Jennifer Beals) arrives with her new bride-to-be, Carrie, played by O’Donnell. Last season, Porter lost her mayoral campaign to a man. Carrie laments the fact that women ever lose elections at all:

I mean, that must’ve been horrible for you, losing like that. I mean, what that must’ve been like for you — I can’t even imagine. Right? What, honey? No, I just — since Hillary lost, you know, it’s all I think about. These women losing elections. It’s not right.

So, women are never supposed to lose elections? Only a character played by a lunatic like Rosie O’Donnell could utter those words with a straight face. I am sure, however, that O’ Donnell and the show’s writers do not include conservative women in that statement.

You would be forgiven if you have forgotten that either Rosie O’Donnell or the cable station Showtime still exist. O’Donnell and Showtime have been “has-beens” for a few years now. So has Hillary Clinton. It is remarkable that her loss is STILL on Hollywood’s mind five years later.

Watching The L Word: Generation Q feels like older LGBTQIA writers gasping for relevance as the child-grooming drag queens and trannies taking over women’s sports (and yelling at shopkeepers) get all the pop culture attention.

Last season, L Word: Generation Q included period sex and throuples to try to push boundaries. This season, they almost included a lesbian couple having sex in their car in front of an elementary school, but the writers pulled back from such a twisted possibility. The couple discusses having public sex in the back seat after dropping off their kids, but never go through with the idea.

Watching aging lesbians try to navigate the new woke landscape that has passed them by is an especially painful way to waste an hour of your life. Here at NewsBusters, we make the sacrifice for you.