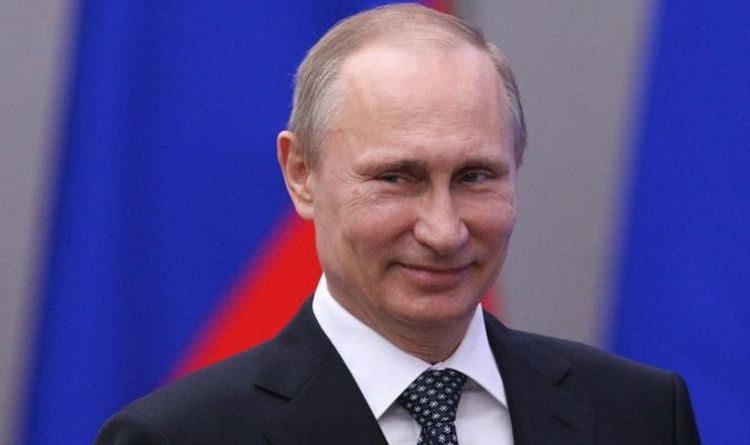 One expert, Pavel Devyatkin, a research associate at The Arctic Institute, claimed tensions between America and Russia in the Arctic region are reached new peaks in 2020. Speaking to The Sun, Mr Devyatkin described tensions last year as “unprecedented”.

The increase in tension comes after the region experienced a significant break from Russo-American conflict.

The last time the Arctic found itself engulfed in interstate war was during the Second World War.

Mr Devyatkin explained how western navies had sailed close to the Barents Sea, just off of the east Russian coast, for the first time since post-war suspicions between the US and Soviet Union.

“For the first time since the Cold War, NATO warships entered the Barents Sea just off Russia’s Arctic coast,” he said.

America had sent their B-1 bombers into the area, but they have been stationed in Norway since they completed their mission.

But Devyatkin then explained how Putin’s navy soon shocked US fishermen by carrying out military drills close to the American state of Alaska.

Alaska, known to many in America as the Last Frontier, was acquired by the US in 1867 after President Andrew Johnson purchased the territory bordering Canada from Russia.

The area is however also of particular modern-day interest to both Moscow and Washington.

Oil and gas supplies extracted from Alaska contribute significantly to the American economy.

According to the Resource Development Council of Alaska, the state’s oil and gas industry contributed over $2.7billion to the American exchequer in 2019.

Whereas the Kremlin’s plan to keep Russia as a global power relies heavily on their position in the Arctic.

The Navy Times, which describes itself as a publication offering “independent news for sailors”, has reported that America’s Second Fleet Commander, Vice Admiral Andrew Lewis, said the area could be “contested” if the US failed to maintain their presence in the Arctic.

In a stark warning, Vice Admiral Lewis suggested America could “cede the space to the Russians or somebody else.”

Despite such warnings, Devyatkin claimed the Arctic threat was not as significant as some may fear.

He said: “Compared to the Cold War era, Russia’s military posturing in the Arctic is not focused on matching NATO’s overwhelming military presence in the region.

“Russia doesn’t threaten the US in the Arctic.”

Devyatkin went on to add: “It’s unlikely that conflict would break out in the Arctic.”