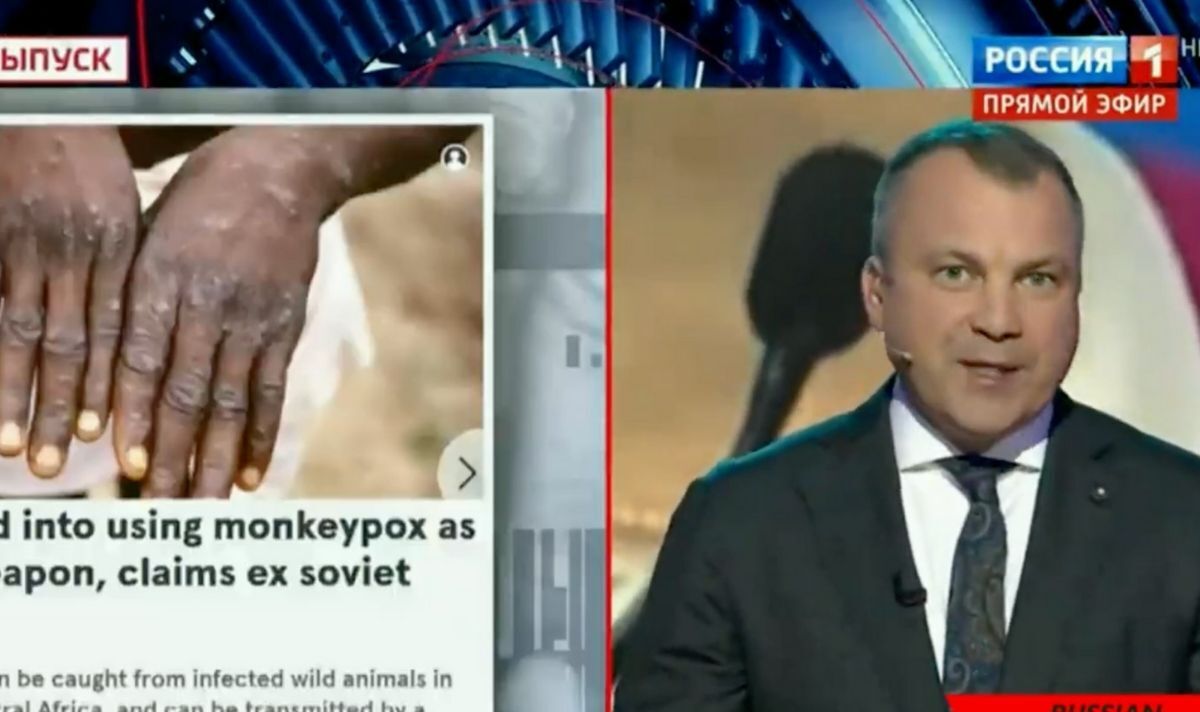 Russian TV host Evgeny Popov and Olga Skabeeva used Russia’s state-controlled TV to laugh at Western countries suffering from an outbreak of the monkeypox virus. While speaking on Russia’s Channel 1, they insinuated a possible connection between monkeypox outbreak and the fact that the countries who are now reporting cases are those supplying weapons to Ukraine. “Maybe it’s not a coincidence”, Skabeeva said after highlighting that Russia “have no cases of monkeypox” in the attempt to support her theory.

The Russian host said: “You won’t believe it.

“Or maybe it’s not a coincidence.

“But most of the counties, whose people got monkeypox, are supplying weapons to the Kyiv regime.

“We have no cases of monkeypox.

The hosts also seem to make what appear to be homophobic remarks after claiming that the virus “is spread through the homosexual population” and stressing that those who caught the virus “are men of non-traditional sexual orientation”.

Centres for Disease Control and Prevention official Dr John Brooks confirmed that anyone can contract monkeypox through personal content, regardless of sexual orientation.

UNAIDS, however, confirmed that the transmission was most likely via close physical contact with a monkeypox sufferer and the virus could affect anyone.

In light of some reporting on the virus being described by UN as “homophobic and racist”, UNAIDS deputy executive director Matthew Kavanagh highlighted: “Stigma and blame undermine trust and capacity to respond effectively during outbreaks like this one”.