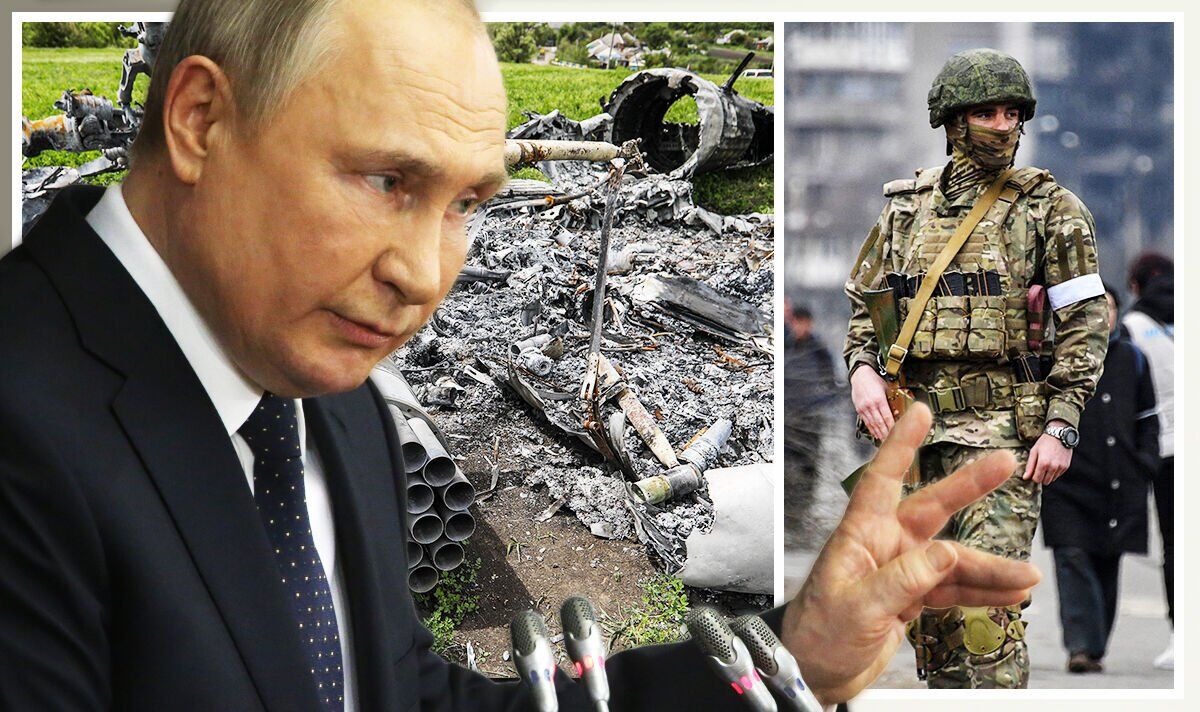 Russia‘s President confirmed the world’s worst fears three months ago when he gave the green light for more than 100,000 troops massed on the Ukrainian border to invade the country. Much of Ukraine has been reduced to rubble from intense fighting and missile strikes, with millions fleeing the country in terrifying fear of Vladimir Putin‘s brutal regime. But the war has not gone to plan for the President, with many branding it a disastrous failure.

Russian troops have been met with fierce resistance from Ukrainian fighters, forcing them out of several major cities they had been confident of occupying.

Putin has also lost more than 20,000 troops in the war, including dozens of high-ranking military officials, dealing a bitter hammer blow to Russia’s fortunes on the frontline.

Nile Gardiner, a foreign policy expert and former aide to Margaret Thatcher, told Express.co.uk: “We are looking at the Russians staring defeat in the face in Ukraine.

“This has been a spectacular disaster for Putin and Russia’s military.

“It is one of the most extraordinary military campaigns of the modern era.

“The Ukrainian fightback against the Russian invasion will go down in history as an incredible achievement.

“The Russians have failed miserably in achieving their objectives.

“This is an incredible turning point in history – the humiliation of Russia’s military machine, which has been a big embarrassing failure.”

But Mr Gardiner has warned that despite Russia’s struggles, Putin could be at his most dangerous when he is on the brink of defeat.

He was compared to a snake thrashing around in a bag that is ready to pounce and bite someone as soon as it gets the chance.

The politics expert continued: “Putin is a very angry man these days, always thinking about revenge and all sorts of things.

“He remains dangerous, as he always will be, so we have to be on our guard.

“We should never underestimate Putin and what he is capable of.

“He’s like a snake thrashing around in a bag, and snakes still bite.”

There are increasing fears Putin could give the go-ahead for Russia to begin using nuclear weapons as part of a last-ditch attempt to win the war in Ukraine.

But Mr Gardiner rubbished that possibility, making such a move would mean the “end for Russia”.

He added: “The reality is the use of nuclear weapons by Russia would be the end of Russia, and they know that.

“This has been the state of affairs since World War Two, and every Russian leader since then understands Russia making the first move with a nuclear strike would be the end of Russia.

“Even the UK on its own has the ability to cripple Russia with its nuclear arsenal, let alone what the US has at its disposal.

“In fact, just defence from the UK alone if the Russians strike Britain would mean the end of Russia.”