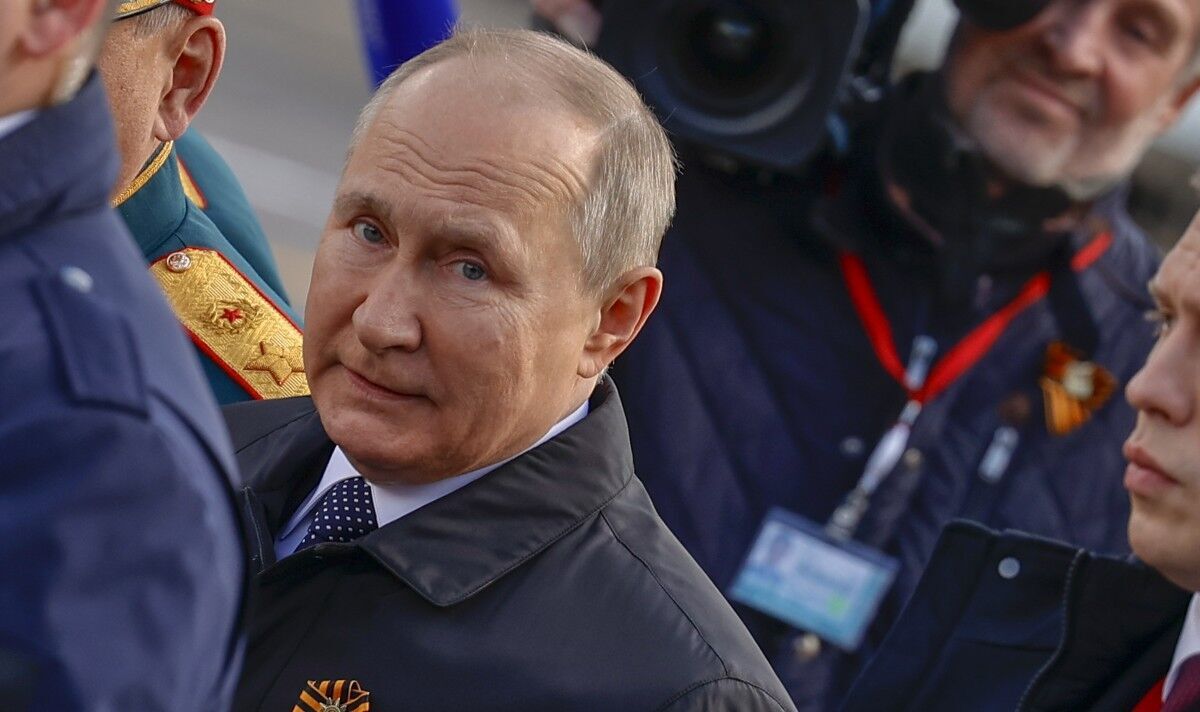 The Russian tyrant delivered a speech to mark Russia’s Victory Day this week where for the first time he claimed the war in Ukraine was necessary because the West was “preparing for the invasion of our land, including Crimea.” For the first time, he admitted Russia has suffered military losses but gave no further details.

But despite congratulating the military at the annual event body language expert Darren Stanton said Putin was “trying to put on a brave face” and present a “powerful and confident” self when really he is “in pain”.

Speaking to Express.co.uk, he said: “At times when Vladimir Putin was delivering a speech his eyebrows came together and down, and also I got the distinct impression that he may have actually been in some kind of discomfort or pain when delivering his piece on the podium.

“He showed no signs of discomfort remorse regret or anything in relation to the current situation in Ukraine, I think the whole display was one of power.”

He added: “This goes back to the days when he worked for the KGB when he was always able to keep his gun close by but nevertheless he does have a very dominant way in which he walks which is not reminiscent of a caricature cowboy.”

The Victory Day Parade, held in Moscow’s Red Square is part of Russia’s celebrations of the anniversary of the triumph over Nazi Germany.

During his speech, Putin compared his “special operation” in Ukraine and World War 2 but failed to declare the invasion as war.

Mr Stanton said Putin used “very little or no hand gestures” which he believes is “deceptive behaviour” for someone “going through the motions of telling people what he wants them to believe”.

Putin gave no indication of any shift in strategies in Russia’s invasion of Ukraine but insisted that it was needed due to a “threat that was absolutely unacceptable to us (that) has been methodically created next to our borders”.

A minute’s silence was held to remember Russia’s soldiers who had died in Ukraine while Putin told the remaining troops they are fighting for their “Motherland, its future”.

He continued: “The death of every soldier and officer is painful for us. The state will do everything to take care of these families.”

But the day didn’t go completely according to plan as a military flypast was cancelled due to what the Kremlin called “adverse weather conditions”.

Video and pictures from the Russian capital showed blue skies with only a smattering of clouds, with some analysts suggesting the aerial displays may have been cancelled due to security concerns.

He said: “As President, I am ready to talk to Putin, but only to him”.