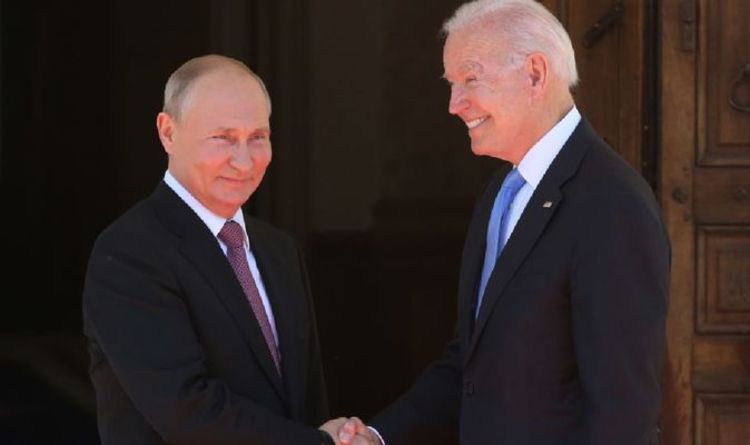 The offer comes after Moscow warned Washington last week against trying to establish its own military bases in former Soviet countries which neighbour Afghanistan. The US withdrawal has led to a resurgence in the Taliban, which continues to rout government troops in its advance towards the capital, Kabul. The Islamist group claims to control up to 85 percent of the country.

The situation has caused concern in the Kremlin, amid fears the re-emergence of the Taliban could spark unrest in Central Asian states close to the country.

Russia also has a large Muslim population and has, in recent years, been battling the rise of Islamic fundamentalism, particularly in the Caucasus.

Sources told newspaper the Kommersant that Mr Putin had offered the use of Russian bases in both Kyrgyzstan and Tajikistan for intelligence gathering at the summit in Geneva last month.

The alleged proposal would allow the US military to use drones in its operations, but as yet it’s unclear whether US troops would be allowed to stay permanently at the bases.

Kommersant claimed the White House had yet to give a definitive answer to the offer.

The Kremlin has also declined to comment on the report.

Sergey Lavrov, Russia’s Foreign Minister, criticised the “hasty withdrawal” of both US and NATO troops from the country.

He told reporters on Friday that the decision threatened the future of the country and had increased threats from both terrorism and drug trafficking.

Moscow has urged Afghan’s pro-Western government to reach a negotiated settlement with the Islamists and is prepared to mediate talks.