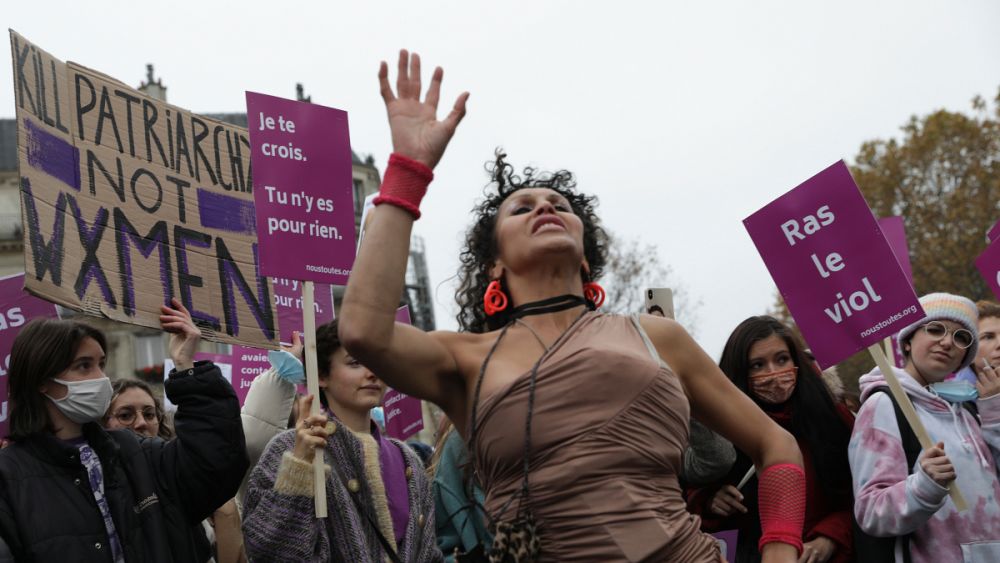 Tens of thousands of protesters marched on Saturday through Paris and other French cities to demand more government action to prevent violence against women.

The demonstrations come amid growing outrage in France over women killed by their partners, and as French women are increasingly speaking out about sexual harassment and abuse.

Groups fighting violence against women said at least 101 women have been killed by their partner or ex-partner in the country since the beginning of the year.

That’s about one every three days.

More than 220,000 women are suffering each year physical or sexual abuse by their partner, according to a 2017 nationwide study.

Activists call on the state to dedicate one billion euros each year to fight violence against women, instead of 360 million euros now, in part to create more shelters.

The protests are part of a week of global actions marking the International Day for the Elimination of Violence against Women.