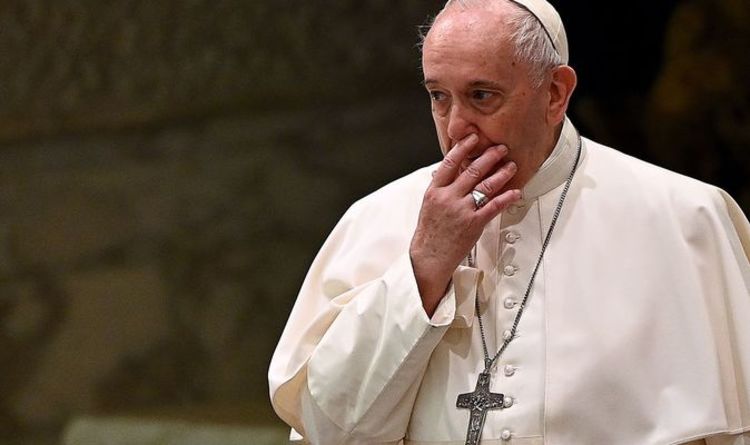 Police are currently investigating the threat which reportedly originated from France.

Italy’s Carabinieri police told the Daily Star the package had been intercepted before it reached the Pope.

In a statement, the force said: “We can confirm that during the night, in a sorting office in Peschiera Borromeo, Milan, the Carabinieri seized an envelope, with French postage, containing three bullets and addressed to the Pope — ‘Il Papa – Città del Vaticano, Piazza S. Pietro in Roma.’

“The investigation is ongoing.”

The bullets are understood to belong to a pistol.

The death threat comes as the pontiff prepares to depart for a trip to Budapest on Thursday.

The Star reports a ‘ring of steel’ will surround the Pontiff when he departs from Rome’s Fiumicino International Airport.

The Pope is expected to meet bishops and other church representatives in Hungary before undertaking another trip to Bratislava in Slovakia.

According to Reuters, the Pontiff gave his personal approval to begin the trial against the senior figures.