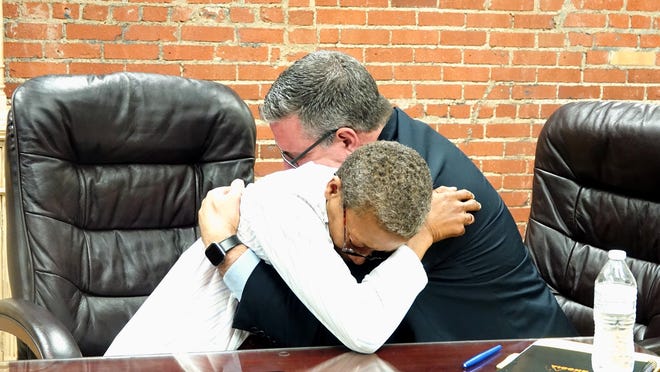 Oklahoma has the highest mortality rate of police violence of all 50 states and the highest rate of underreporting the killings, according to estimates in a study released Thursday.

About84% of police killings in the state from 1980 to 2018 were unreported or misclassified in official government reports, according to the peer-reviewed study in The Lancet, one of the world’s oldest and most renowned medical journals.

The study, which involved more than 90 collaborators, compared data from the U.S. National Vital Statistics System, an inter-governmental system that collates all death certificates, to three open-source databases, which collect information on fatal police violence from news reports and public record requests.

Nationwide, more than 55% of deaths from police violence from 1980 to 2018 were misclassified or unreported, the study estimated.

Arizona, Alaska, Nevada and Wyoming trailed Oklahoma as the states with the highest mortality rate of police violence, the researchers found.

Wyoming, Alabama, Louisiana and Nebraska were among the top five states with the highest underreporting rates.

Oklahoma had the highest rate of police violence against Black Americans, the study found.

From 2000 to 2009, the states with the highest rates of police violence toward non-Hispanic Black Americans were Oklahoma, Nevada, Nebraska, Iowa and Kansas. From 2010 to 2019, they were Oklahoma, Alaska, West Virginia, Utah and Washington, D.C.

The Oklahoma Association of Chiefs of Police did not immediately respond to a request for comment.

The states with the lowest mortality rate of fatal police violence from 1980 to 2019 were Massachusetts, Connecticut, Minnesota, North Dakota, New Hampshire and New York, the study found.

The states with the lowest underreporting rates from 1980 to 2018 were Maryland, Utah, New Mexico, Massachusetts and Oregon.

Fablina Sharara, one of the lead authors and a researcher at the Institute for Health Metrics and Evaluation at the University of Washington School of Medicine, told USA TODAY that researchers did not study the specific causes of police violence and underreporting of police violence at the state level.

“We believe that this knowledge is vital to informing policy change to prevent police violence and improve reporting and hope that the revised estimates of police violence presented in our study will be used as a jumping-off point for further investigation and policy change in these areas,” Sharara said.

D. Brian Burghart, who runs Fatal Encounters, one of the open-source databases used in the study, said the researchers’ finding that most police killings are not included in official government data was “nothing very surprising.”

“I’ve seen many studies that have come to the same conclusion,” Burghart said. “In my opinion, much of the social unrest the U.S. has seen in the last few years comes as a result of not having meaningful government data regarding police violence.”