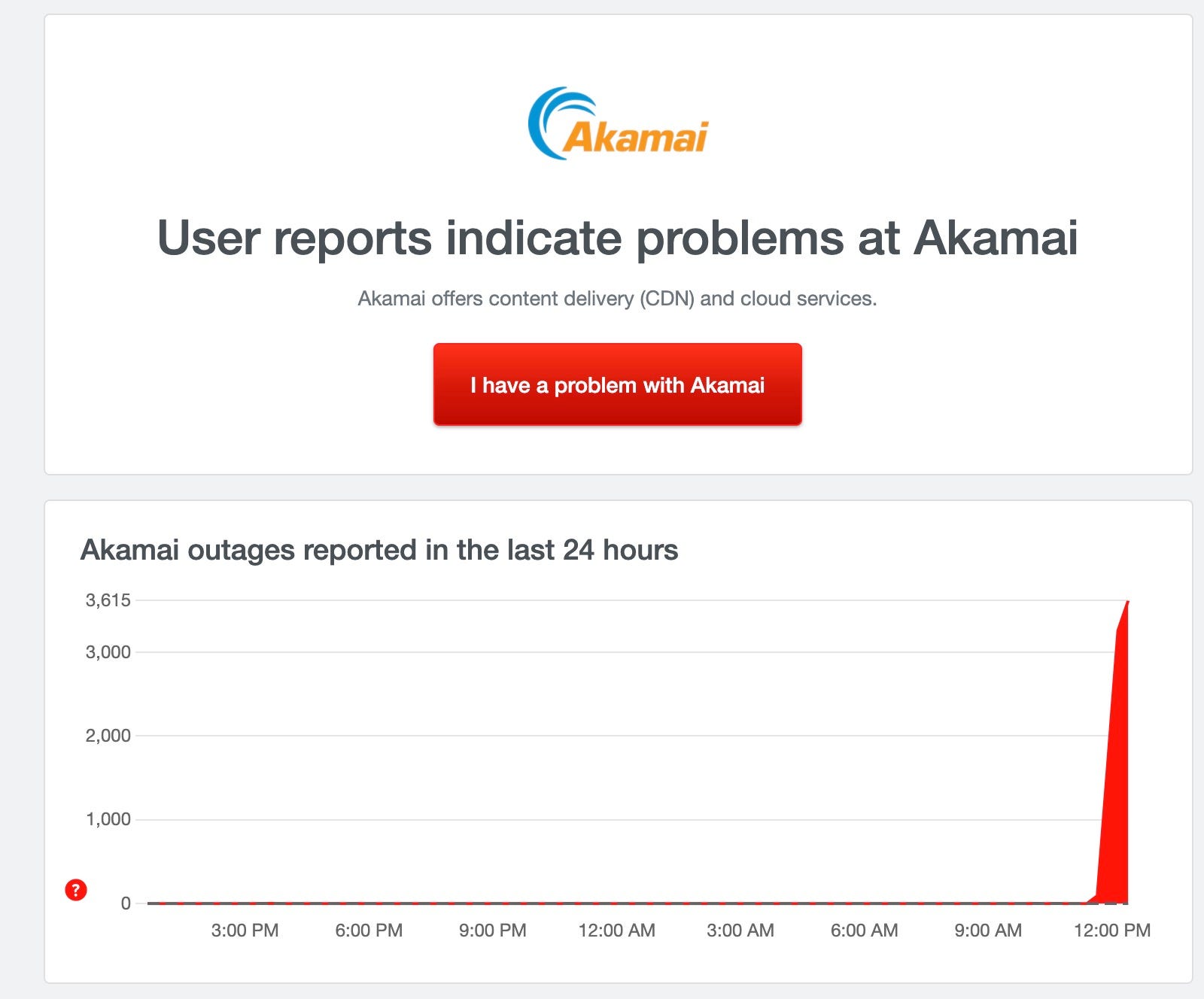 A note on the Downdetector.com site said, “Reports indicate there may be a widespread outage at Akamai, which may be impacting your service.”

Headquartered in Cambridge, Massachusetts, Akamai is one of only a few major content delivery networks including Amazon, Cloudflare and Fastly. A major disruption at Fastly in June affected a slew of sites including Amazon, Google, Reddit, Twitch, USA TODAY, CNN, The New York Times, the Financial Times and the U.K. government website.

Can cellphones cause cancer?:5 steps to minimize the risk

On its Twitter page, Akamai posted about 12:45 p.m. ET that it had “implemented a fix for this issue, and based on current observations, the service is resuming normal operations.”

That came after an earlier post that “Akamai is experiencing a service disruption. We are actively investigating and will provide an update in 30 minutes.”

Akamai also posted that the outage was not the “result of a cyberattack on the Akamai platform.”

Yes, the internet fails:Outages like Fastly’s will happen. Here’s how to protect yourself