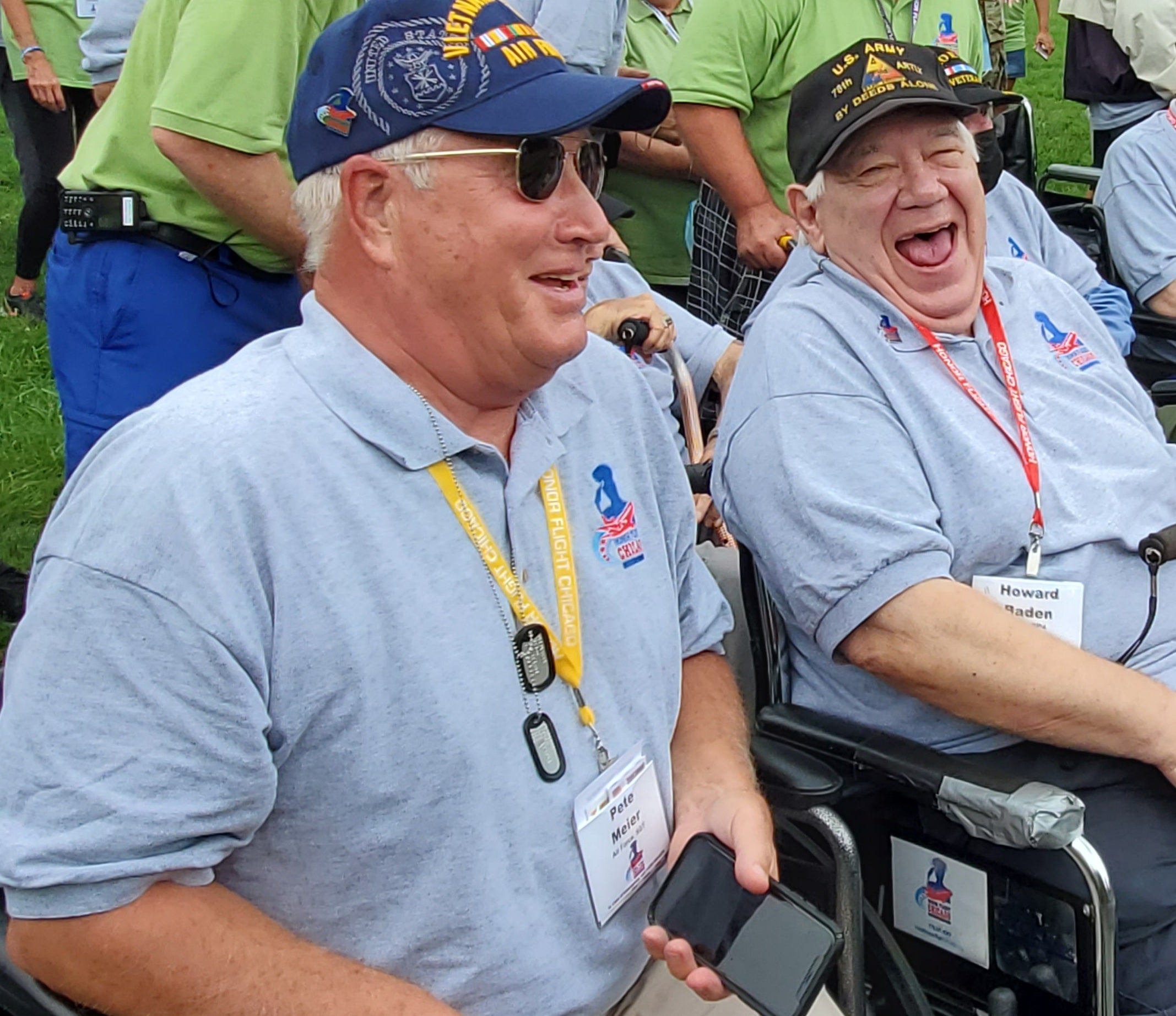 One company has stepped up in a big way, on Armed Forces Day, May 21, 2022, to honor America’s veterans — and those who assist them, honor their service and keep them top of mind.

During an appearance on “Fox & Friends Weekend” on Saturday morning, Bill Kraus and Steve Newton, co-founders of Mission BBQ, announced from Ft. Myers, Florida, a donation of over $500,000 to the Honor Flight Network as part of their work in honoring all of America’s military, past and present.

“Mission BBQ is the story of a couple of best friends that had a love of barbecue, but more importantly, a love of country — and wanted to build something that meant something,” said Bill Kraus.

Kraus said that his group “stand[s] alongside wonderful organizations” in America such as the Honor Flight Network — and is “forever thankful” for all that they do.

To show its gratitude, his group presented a check in the amount of $533,462 to the Honor Flight Network as part of Mission BBQ’s ongoing devotion to, and support of, America’s military heroes.

The money was raised through the sale of Mission BBQ’s American Heroes cup, he said on Saturday morning.

The Honor Flight Network, said Matt Shuman, president and chairman of the board, “since [its founding in] 2005 has flown just over 250,000 veterans to Washington, D.C., to visit the memorials raised in their honor.”

Veterans are assisted during a trip, courtesy of Honor Flight Network, to Washington, D.C., to visit and experience the memorials recognizing and respecting their service and sacrifice.
(Ashley J. DiMella/Fox News)

“It’s an amazing and humbling experience,” he added.

Honor Flight Network has over 130 hubs — and veterans come from all over the nation to visit the memorials in D.C., he also said.

The group is “incredibly thankful to their friends at BBQ Mission,” he said, so that they can serve more of America’s veterans.

They still have 50,000 veterans on the wait list to make that trip and visit the memorials, he said.

Now, they will be using the generous donation to help make that happen for those who await a trip.

Last year at this time, the folks at Mission BBQ donated more than $1M to the USO.

“May God continue to bless our American military heroes and their families.”

“We step forward, we give back … to better our country in some small way,” said Bill Kraus last year on “Fox & Friends” in announcing that award.

A child holds an American flag while sitting atop the shoulders of a military dad.
(iStock, evgenyatamanenko)

Armed Forces Day, an annual holiday since 1950, pays tribute to the men and women who serve across all six branches of the U.S. military.

Last year, in a piece published by Fox News, Newt Gingrich and Callista Gingrich noted of Armed Forces Day, “The security of our freedom, democracy and homeland are made possible through the selfless courage, patriotism and sacrifice of the American heroes in the U.S. armed forces.”

They added, “We invite you to join us in thanking the members of our U.S. military on this Armed Forces Day. May God continue to bless our American military heroes and their families.”