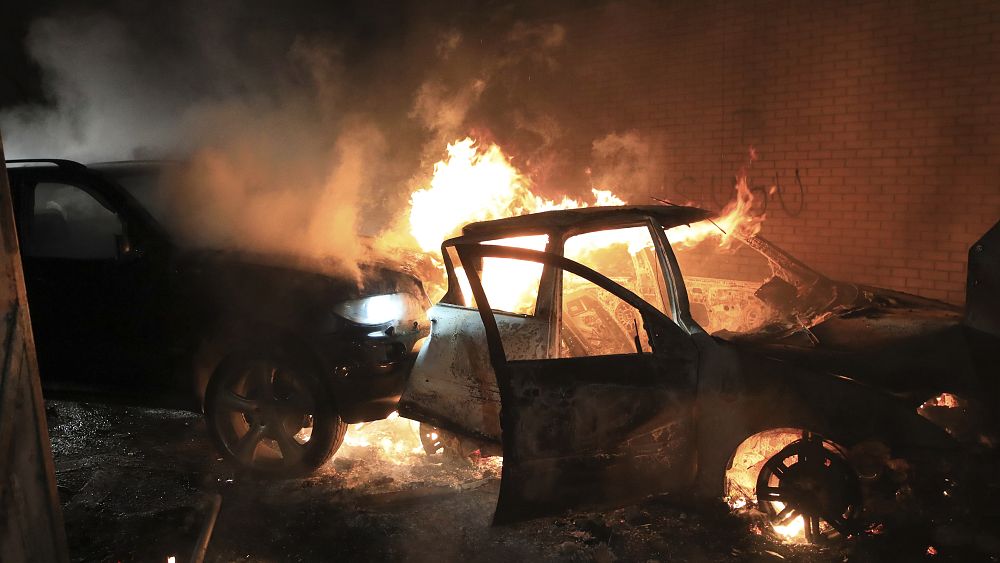 Masked youths hijacked and set on fireplace a bus in West Belfast on Wednesday night time because the Northern Irish capital was rocked by a sixth night time of violence.

Rioters converged on the so-called peace line avenue that connects the loyalist neighborhood of Shankhill Highway with the nationalist Springfield Highway.

In addition to the bus driver, law enforcement officials have been attacked by youths throwing rocks and Molotov cocktails and a journalist was assaulted.

British Prime Minister Boris Johnson stated he was “deeply involved” by the scenes of violence, saying: “The best way to resolve variations is thru dialogue, not violence or criminality.”

First Minister Arlene Foster condemned the rioters and branded their behaviour a humiliation to Northern Eire.

“This isn’t protest. That is vandalism and tried homicide. These actions don’t signify unionism or loyalism,” she stated.

In an announcement, Northern Eire’s police federation condemned “stunning scenes which may set our society again years” and “violence on either side of the interface at Lanark Approach.”

“Calm is required on either side of the gates earlier than we’re taking a look at a tragedy. These are scenes we hoped had been confined to historical past.”