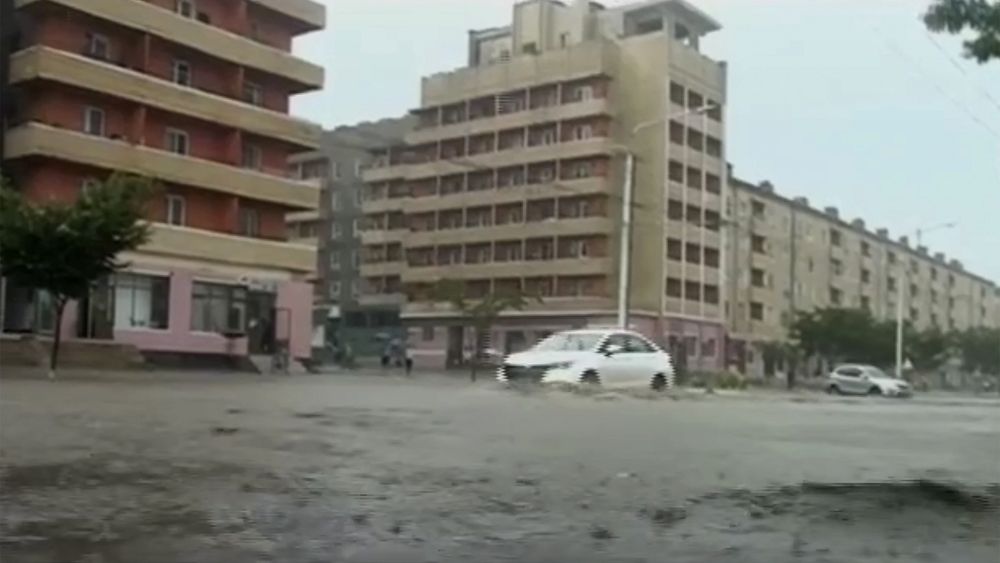 Thousands of North Koreans have been evacuated as the country faces devastating floods.

Extreme weather has been dominating the news lately around the world, from deadly flooding in Germany to the wildfires rapidly destroying parts of Greece and Turkey. Elsewhere in the US and Canada, extreme heat has left hundreds dead and wildfires have wiped out entire towns and villages.

But we usually hear very little from North Korea on these matters, as the infamously secretive country rarely releases much information about suffering or struggles within its borders.

Last week, however, the Korean Central News Agency (KCNA) – North Korea’s state news agency – reported that heavy rains in the northeast have destroyed and flooded more than a thousand homes.

The reports come as concern grows about damage to crops and the possible impact on food supplies in North Korea, which is cut off from most foreign imports and aid. This is due to self-imposed border restrictions aimed at preventing a coronavirus outbreak, as well as international sanctions.

According to KCNA, 5,000 residents have had to evacuate to safety. The downpour in both North and South Hamgyong provinces reportedly washed away hundreds of acres of farmland, destroying multiple bridges in the process.

Television footage (shown above) broadcast images of the destruction, but no casualties have been mentioned.

How are the floods in North Korea linked with climate change?

According to the country’s meteorological service, parts of North Hamgyong saw over 500mm of rain in just three days, while areas in South Hamgyong received more than the average rainfall for the entire month across the same period.

Apparently, areas along the eastern coast will continue to experience heavy rainfall for the next few days.

Summer rainfall is often a problem in North Korea, as it regularly damages the agricultural sector due to poor infrastructure, lack of drainage, and widespread deforestation.

Though floods have happened before in the country, North Korea is also undoubtedly experiencing the effects of climate change. A report last month from the Center for Climate & Security found that North Korea is going to face increasing stressors as a result of the climate crisis.

The paper also said that the country is already being impacted by global warming, highlighting the similarly extreme rainfall last August and the typhoons which hit North Korea in September 2020.

North Korea is already dealing with a major food insecurity issue, with leader Kim Jong-un stating in June that the situation was becoming “tense.” He had previously admitted that his country was facing the “worst-ever” food crisis, due to the COVID-19 pandemic, US-led sanctions, and previously extreme weather incidents last year.

Climate projections show that by 2030 crop yields will be heavily impacted by environmental factors, with rice and maize yield failures significantly more likely along the western coast, according to the Climate and Security paper.

There are growing concerns about how the food and climate crises will affect North Korea’s long-term stability. Experts fear that increased tension within the nation could threaten the safety of the entire Korean peninsula and the surrounding region.

However, monitoring groups haven’t detected any signs of social unrest or mass starvation at this point.

Last week, the US Secretary of State Antony Blinken discussed the prospect of sending humanitarian aid to North Korea in a phone call with South Korea’s Foreign Minister Chung Eui-yong. Though both offices confirmed this conversation in separate statements, neither have elaborated on whether this is going to be put into practice.