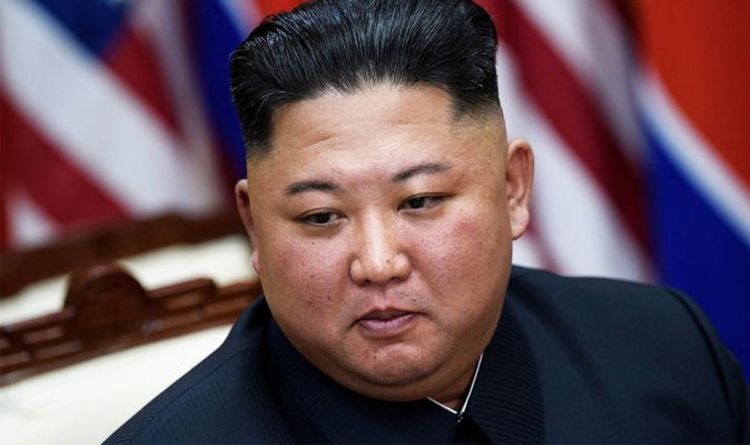 North Korea has been steadily developing its weapons systems amid a standoff over talks aimed at dismantling its nuclear and ballistic missile arsenals in return for US sanctions relief. The negotiations, initiated between former US President Donald Trump and North Korean leader Kim Jong Un in 2018, have stalled since 2019. Professor Robert Kelly, a political scientist at the Pusan National University, has warned Kim Jong-un could add nuclear weapons to cruise missiles to “significantly increase” its striking power.

Speaking to Sky News, Professor Kelly said: “I think the cruise missile tests are more significant than the ballistic ones.

“We know that North Koreans have had ballistic missiles for a while now.

“We know they have the really big ones too, the intercontinental ones and so that’s not much a surprise.”

He added: “The Americans have said they could put a nuclear weapon on the cruise missile which of course would significantly increase its striking power.”

The US military’s Indo-Pacific Command said North Korea’s missile launches did not pose an immediate threat to US personnel, territory, or allies, but highlight the destabilising impact of its illicit weapons programme.

Japanese Prime Minister Yoshihide Suga called the missile launch “outrageous” and strongly condemned it as a threat to peace and security in the region.

South Korea has been splurging on a range of new military systems, including ballistic missiles, submarines, and its first aircraft carrier.

It has a stated policy of non-proliferation of nuclear weapons and a nuclear-free Korean peninsula.

The arms race has accelerated under Moon for a number of reasons, including his push for more foreign policy autonomy, wariness of relying on the United States after Trump’s presidency, and military developments in both North Korea and China, said Ramon Pacheco Pardo, a Korea expert at King’s College London.

“South Korea would face many political and legal obstacles to develop nuclear weapons, both internal and external,” he said.

“So it will develop all other capabilities to deter North Korea and show who the strongest Korea is.”

Officials at the SLBM test announced the development of several other advanced missiles including a supersonic cruise missile and a ballistic missile with a larger warhead.

“Enhancing our missile capability is exactly what’s needed as deterrence against North Korea’s provocation,” he said, while stressing that the SLBM test had been planned and was not in response to the North’s launches.