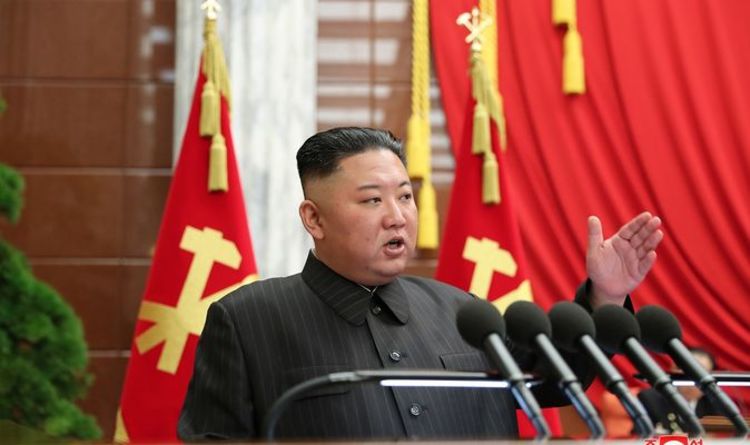 An editorial published in the Rodong Sinmun – the official newspaper of North Korea’s ruling Workers’ party – lashed out at the “cultural penetration” of the South from hairstyles to the spoken word.

The editorial read: “The ideological and cultural penetration under the colourful signboard of the bourgeoisie is even more dangerous than enemies who are taking guns.”

Young North Koreans have been told to stick to their country’s “superior” standard language, which is based on the dialect used in Pyongyang.

The newspaper claimed the future of North Korea’s political system was at stake due to the influence of the South.

It continued: “When the new generations have a sound sense of ideology and revolutionary spirits, the future of a country is bright.

“If not, decades-long social systems and revolution will be perished.

“That is the lesson of blood in the history of the world’s socialist movement.”

This is not the first time Pyongyang has launched a crackdown on the influence of South Korea.

Back in May, Supreme leader Kim Jong-un banned skinny jeans and mullet hair cuts amid fears they will tear the country down like a “damp wall”.

READ MORE: Kim Jong-un could be holidaying on board huge boat – reports

One of the regime’s propaganda websites compared pop music with “slavery” and said people are bound to “unbelievably unfair contracts”.

They said artists are “bound to unbelievably unfair contracts from an early age, detained at their training and treated as slaves after being robbed of their body, mind and soul by the heads of vicious and corrupt art-related conglomerates”.

Yang Moo-jin, a professor at the University of North Korea Studies, told the Korea Herald: “Kim … is well aware that K-pop or western culture could easily permeate through the younger generation and have a negative impact on the socialist system.

“He knows that these cultural aspects could impose a burden on the system.

“So by stamping them out, Kim is trying to prevent further trouble in the future.”

Keith Howard, from London’s School of Oriental and African Studies, said the only recording company in North Korea is “state-owned” and only approved performances are permitted.

These crackdowns come following a string of new measures introduced in the hermit nation to stop the influence of foreign countries.

As part of a campaign, which has been going on since 2004, defectors have been dropping leaflets opposing the current regime into the nation using hydrogen balloons.

Ms Jong dubbed the defectors as “human scum little short of wild animals who betrayed their own homeland”.