Nexit fury as Brussels dictates EU law supremacy over states – ‘Nobody voted for this!’ | World | News 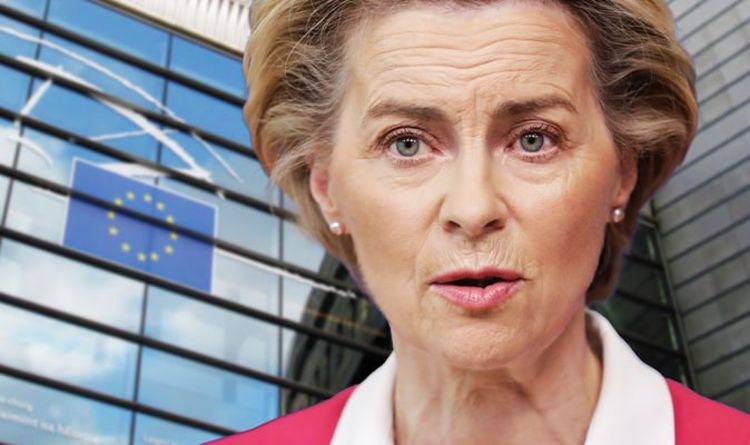 Brussels is at loggerheads with Warsaw and Budapest over issues such as the independence of the judiciary and press freedoms, a conflict which deepened this week as Poland’s Constitutional Tribunal ruled the country should not comply with demands from the EU’s top court, while the European Commission took legal action against both countries over LGBT rights.

The European Union’s top court ruled on Thursday that Poland should suspend a disciplinary chamber for judges it says fail to meet the necessary standards of independence.

A day earlier the Polish Constitutional Tribunal ruled a previous demand for the chamber’s suspension ran counter to Poland’s constitution and the country should not comply.

On Friday, the first president of Poland’s Supreme Court, Malgorzata Manowska, issued a statement in which she said she was “deeply convinced” that the disciplinary chamber was independent.

“Who in the Netherlands or anyone in the EU has ever voted for this (huge) transfer of power?

“I’ll give the answer: nobody.

“And this video also shows what those accusations of ‘bad rule of law’ are (partly) based on.

“If you are not obedient to the unelected and undemocratic EU, then you have a ‘bad rule of law’, while Poland simply listens to its own people.”

However, Tusk, who helped steer the European Union through a tumultuous period marked by Brexit, said the risk of an eventual exit existed.

“We will not leave the EU tomorrow, and the EU will not fall apart the day after tomorrow. These are processes that can take years,” he said.

The ECJ had already told Warsaw to immediately stop all proceedings at the disciplinary chamber but Poland’s top court said on Wednesday the demand ran counter to its constitution and the country should not comply.

“It is an obvious conclusion for any Polish citizen that the constitution is the highest legal act,” Polish Prime Minister Mateusz Morawiecki told reporters on Thursday. Both he and Justice Minister Zbigniew Ziobro said they considered the EU stance to be politically motivated.

The row may lead to the ECJ imposing hefty fines on Warsaw or the other EU countries suspending financing. Poland is due to get some 770 billion zlotys from the bloc by 2028; its nominal GDP was 2.3 trillion zlotys in 2020.

The Polish ruling challenged the primacy of European laws over national ones, a key tenet of European integration. That drew warnings that the ruling Law and Justice (PiS) party is edging away from the EU, which has driven the ex-communist country’s social and economic development.

“It’s not Poland but Kaczynski and his party that are leaving the EU,” Tusk added.