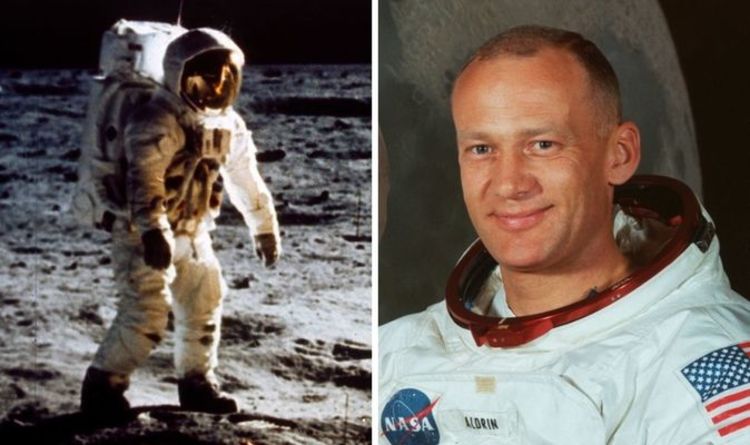 Humankind achieved a feat like no other 52 years ago on Tuesday. Neil Armstrong and Edwin “Buzz” Aldrin became the first humans ever to step foot on the Moon. The Apollo 11 mission marked the beginning of a ramped up space race between the US and Soviet Russia, cementing the Americans’ dominance in space ever since.

The astronauts on board, including Command Module pilot Michael Collins, were hailed as American heroes, and represented the vision President John F Kennedy had set out earlier on in the decade in 1961.

They embarked on an eight day mission from Florida’s Cape Canaveral on July 16, 1969.

The crew kept an open line of communication with NASA’s mission control in Texas, relaying their whereabouts and condition.

All of the conversations were logged, stored, and digitised by NASA for analysis later on, with excerpts from the Apollo 11 tapes offering a wealth of wonder and awe.

One record hears Aldrin describe what he can see from the Command Module spacecraft.

The rapidly shrinking Earth came into view, continents mere millimetres away for each other in Aldrin’s eyes.

Looking out over Africa, Europe and the Middle East, a “shadow” hovering near the Afghanistan-Pakistan border caught his attention.

He reported: “Houston, Apollo 11. We’ve got the continent of Africa right facing toward us right now, and of course, everything’s getting smaller and smaller as time goes on.

“There’s a rather remarkable cloud that appears in the vicinity of the border between Afghanistan and Pakistan.

“It’s just about to go into the sunset now. It is casting quite a large shadow. It’s isolated.

“There don’t seem to be any other clouds. The band of clouds near the tropical convergent clouds down around the equator clearly separate the clockwise and the counter-clockwise cloud formations. Over.”

Aldrin maintained that the shadow cast by the usual cloud was roughly the size of the Persian Gulf.

Bruce McCandless, an astronaut communicating with Apollo 11 replied: “Okay. We copy the width of the Persian Gulf, and I guess that all I can give you first hand is a single isolated data point, and that is that it was clear here in Houston this morning.

Aldrin concluded that the cloud was a “single-cell” thunderstorm brewing up to 50,000ft up in the sky.

He said: “The eastern Mediterranean is phenomenally clear. You can see all the lakes; the Dead Sea stood out quite well. Over.”

Shortly after the exchange the mission reached the Moon where the three astronauts prepared for lunar descent.

Armstrong and Aldrin landed on July 20 but it would take six hours of preparations until they left their Eagle Lunar Module on July 21.

They spent more than 21 hours on the Moon’s surface.

Upon returning, the three pioneers were awarded the Presidential Medal of Freedom by President Richard Nixon.