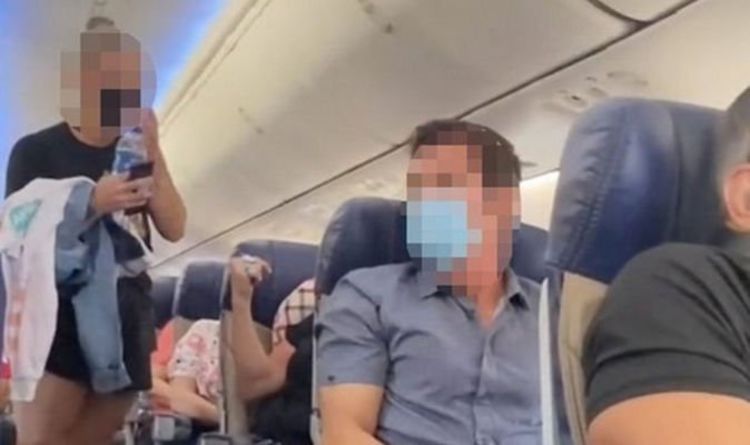 A video of a mum and daughter dubbed “Karen and Karen 2.0” has gone viral after the pair got on a fully boarded plane which had no spare seats. Ally, who posted the clip on TikTok, said in the caption: “They thought everyone should move so they could have an aisle seat.

“The flight attendant politely asked them that they could not ask a full plane of people to move seats because it is first come first served.”

In the footage, a crew member is heard saying: “We have families. We have little kids. We can’t have people yelling. You are screaming and yelling.”

When another flight attendant asks to put them on another plane, the pair walk straight past them to look for aisle seats as the daughter says: “We will just go and sit down.”

Southwest Airlines has a ‘pick a seat’ system where they don’t assign seats to any passengers, but they are put into different ‘boarding groups’ based on the time they checked in on a first-come-first-serve basis.

The video has more than 76k likes and over 1,600 people have commented to share their thoughts. One woman said: “Wait what freaky kind of plane doesn’t have assigned seating?”

Another replied: “If it is so important to have an aisle seat they should have flown an airline where you can reserve your seat. Not Southwest.”

A third said: “We need to pay flight attendants more money.” And a fourth joked: “The poor guy’s face in front of them knowing he is going to be an extra in ‘Karens gone wild: Airport edition.”