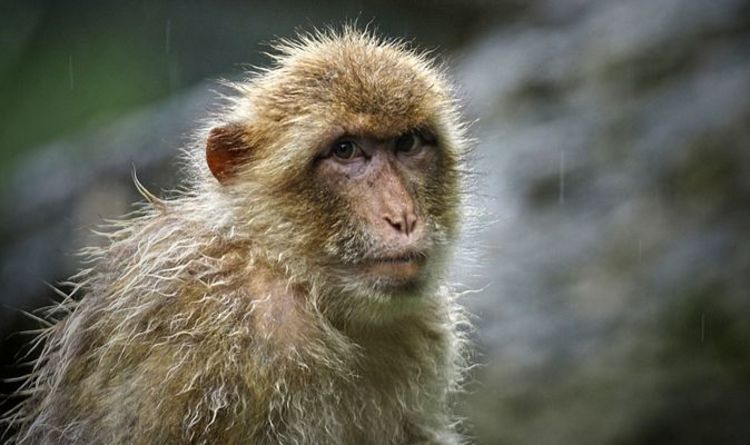 The 53-year-old vet fell ill with the extremely rare brain-swelling disease shortly after dissecting two dead monkeys. The Chinese Centre for Disease Control and Prevention (CDC) said the veterinary surgeon began experiencing flu-like symptoms, including nausea and sickness, after being in contact with the deceased primates on March 4 and 6.

Health officials said he later developed other neurological symptoms and in April blood and saliva samples found evidence of the Monkey B virus.

Medics continued to treat him in hospital for a number of weeks before he eventually passed away on May 27.

The CDC said the man “worked in an institute specialised in non-human primate breeding and experimental research in Beijing”.

It added: “He dissected two dead monkeys on 4 and 6 March 2021 and experienced nausea and vomiting followed by fever with neurological symptoms one month later.

“As a result, the patient visited doctors in several hospitals but eventually died on May 27.”

He is thought to be only the 22nd person in the world to have died from the Monkey B virus, according to the US Centre for Disease Control.

Two of his close contacts, a male doctor and a female nurse, tested negative for the virus, officials said.

However, the CDC did warn the Monkey B virus “might pose a potential zoonotic threat to the occupational workers”.

The health body added: “It is necessary to eliminate BV during the development of specific pathogen-free rhesus colonies and to strengthen surveillance in laboratory macaques and occupational workers in China.”

The Monkey-B virus, also known as herpes B virus, is transmitted through direct contact and the exchange of bodily fluids between monkeys.

The disease in humans can lead to severe brain damage and is usually transmitted through a bite or a scratch from an infected macaque monkey, according to the CDC.

Only 50 people are known to have caught the virus since it was discovered by scientists in 1932.

The previous death after being infected by the Monkey B virus was in 1997.

A 22-year-old woman died after bodily fluid from an infected monkey splashed into her eye.