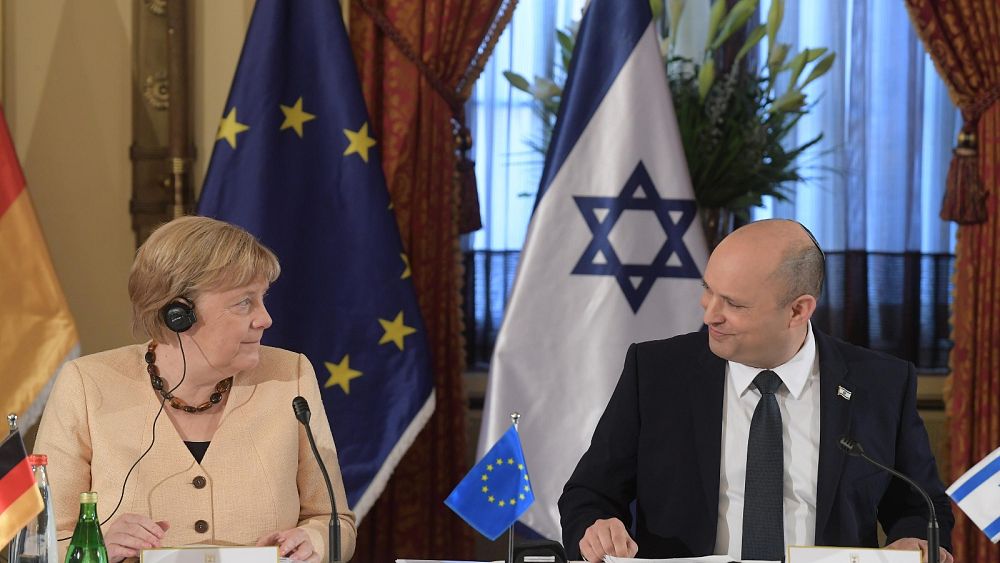 Germany has been a steadfast ally under Merkel’s chancellorship and is Israel’s largest European trading partner. She told Bennett she was certain that her successors would continue the tradition, though vigilance would be needed.

“We know that anti-Semitism is on the rise in Germany today,” Merkel told a press conference. “I have once again made it clear here on behalf of the entire Federal Government that we will resolutely defend ourselves against all manifestations of anti-Semitism.”

Bennett thanked her for her chancellorship.

“You leave behind very good relations between Israel and Germany,” he said. “And a legacy of recognition of the Holocaust, understanding the difficult past, along with a commitment and contribution to the security of the State of Israel. This we remember, and history will remember.”

Nevertheless, political differences did surface. Merkel reaffirmed her support for a two-state solution to the Palestinian question and defended the Iranian nuclear deal which she was instrumental in brokering. Bennett opposes the creation of a Palestinian state and said it was a mistake to attempt to appease Iran.