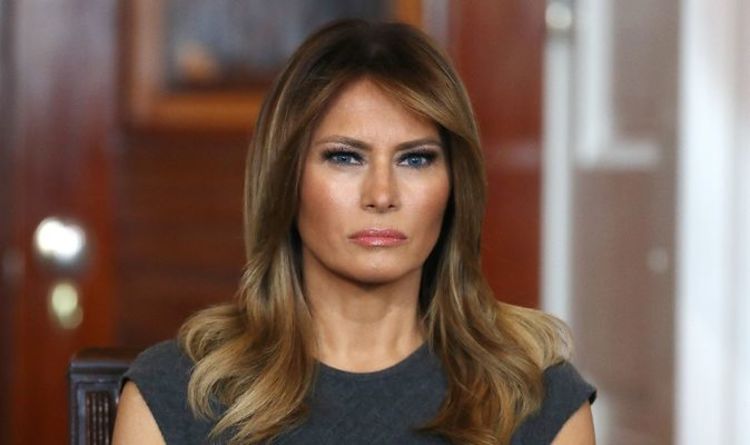 The Former First Lady branded comments made by historian Michael Beschloss as “misleading” after he labelled her work on the iconic Rose Garden as its “evisceration”. Mr Beschloss shared a photograph of the presidential grounds on Twitter, marking the anniversary of the garden’s completion.

He tweeted: “Evisceration of White House Rose Garden was completed a year ago this month, and here was the grim result – decades of American history made to disappear.”

The tweet read: “@BeschlossDC has proven his ignorance by showing a picture of the Rose Garden in its infancy.

“The Rose Garden is graced with a healthy and colourful blossoming of roses.

“His misleading information is dishonourable & he should never be trusted as a professional historian.”

Attached to the tweet was a photograph showing the garden populated with blooms and greenery.

Mrs Trump’s redesign for the historical landmark has been met with criticism, and in April a petition was started in a bid to reverse changes.

Former First Lady Jackie Kennedy oversaw a major renovation of the garden which was completed in 1962.