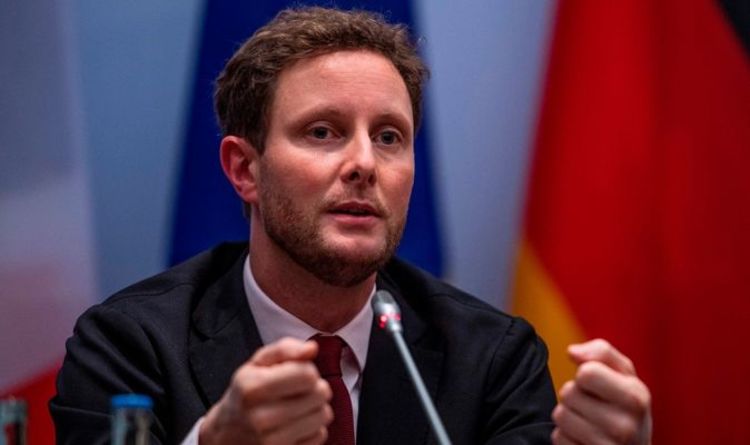 Clement Beaune, a junior European affairs minister, has branded the UK Government “excessive” after France was placed under a unique set of travel restrictions. Passengers returning to the UK from France now need to self-isolate for up to 10 days – even if they are double-vaccinated.

Speaking to France’s BFM TV, Mr Beaune said: “We don’t think that the United Kingdom’s decisions are totally based on scientific foundations.

“We find them excessive.”

From today, adults who have been double-jabbed in the UK arriving from amber list countries will not need to isolate for 10 days.

France is on amber list, but the new isolation rules does not apply, amid concerns over rising cases of the Beta variant, first identified in South Africa.

The Beta variant accounts for about 10 percent of new infections in France.

But, French authorities argue the majority Beta variant infections come from the overseas territories of La Reunion and Mayotte, rather than mainland France.

“There is some good evidence from South Africa that it can evade the immune response generated by the AstraZeneca vaccine more efficiently.”

The updated travel list has also moved the popular Spanish islands of Ibiza, Majorca and Menorca to amber.

Bulgaria and Hong Kong have been added to the green list – meaning there is no requirement to isolate on return.

Meanwhile, Croatia and Taiwan have been added to the “green watchlist” meaning they are at risk of going amber.