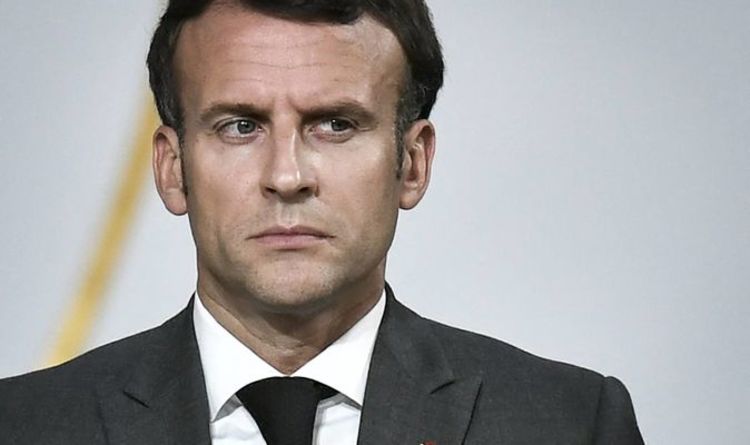 Columnist and Spike Editor Brendan O’Neill slammed Emmanuel Macron for his new COVID-19 rules which include mandatory vaccines for health workers and vaccine passports for the hospitality sector. Mr O’Neill highlighted the French head of state has been met with widespread condemnation and protest from all corners of the political spectrum who oppose the restrictive rules. He added Mr Macron has “gone mad” and reminded him of an important part of leadership that would avoid the protests he has to deal with now.

Speaking on Sky News Australia, Mr O’Neill discussed the waves of protests in France that are demonstrating against new coronavirus restrictions.

Mr Macron announced earlier this month new rules would be introduced to tackle the spread of the Beta variant in the country.

His new rules include mandatory vaccines for health workers, vaccine passports for restaurants and bars, local curfews and the end of free PCR tests.

The French leader hopes the new rules will not only slow the spread of the variant but encourage more of the population to come forward and receive their vaccines – the rate of which has slumped in recent weeks.s

“I think if you look at his vaccine passport idea, it is absolutely crazy, he wants to have a severe system whereby if you aren’t double vaccinated then you basically are no longer a free citizen.

“For example, if you go into a pub or a restaurant without a vaccine passport you could be jailed, you could be literally sent to prison.

“So this is really terrible stuff and also let’s not forget that President Macrone spread fear about the AstraZeneca vaccine a few months ago.

“Lots of European leaders did largely just to get one over on Brexit Britain essentially.”

President Macron called the AstraZeneca vaccine “quasi-ineffective” among those over-65.

He was also one of the first and strongest advocates to pause the AstraZeneca jab over fears it caused fatal blood clots.

As a result, reports showed vaccine hesitancy among the French population with some vaccine centres seeing stockpiles of AstraZeneca not being used due to no shows.

Mr O’Neill continued: “So he spread fear about the vaccine initially now he’s going to punish his citizens if they don’t get the vaccine, really a terrible system.

“I’m delighted to see people protesting the way to encourage people to get the vaccination is through persuasion, not through authoritarianism and our leaders should remember that.”

French protests first began on Bastille Day on July 14 with demonstrators clashing with riot police over the new rules.

Tear gas was thrown into crowds with protesters charging into lines of police officers.

Protests continued on Saturday with thousands of angry French citizens taking to the streets of Paris and other French cities.

Euronews reports one sign read “No to compulsory vaccination, freedom violated!” with another saying “Macron, no to the health dictatorship.”

Those on the ground stressed they were not anti-vaxxers but opposed their freedoms being restricted.