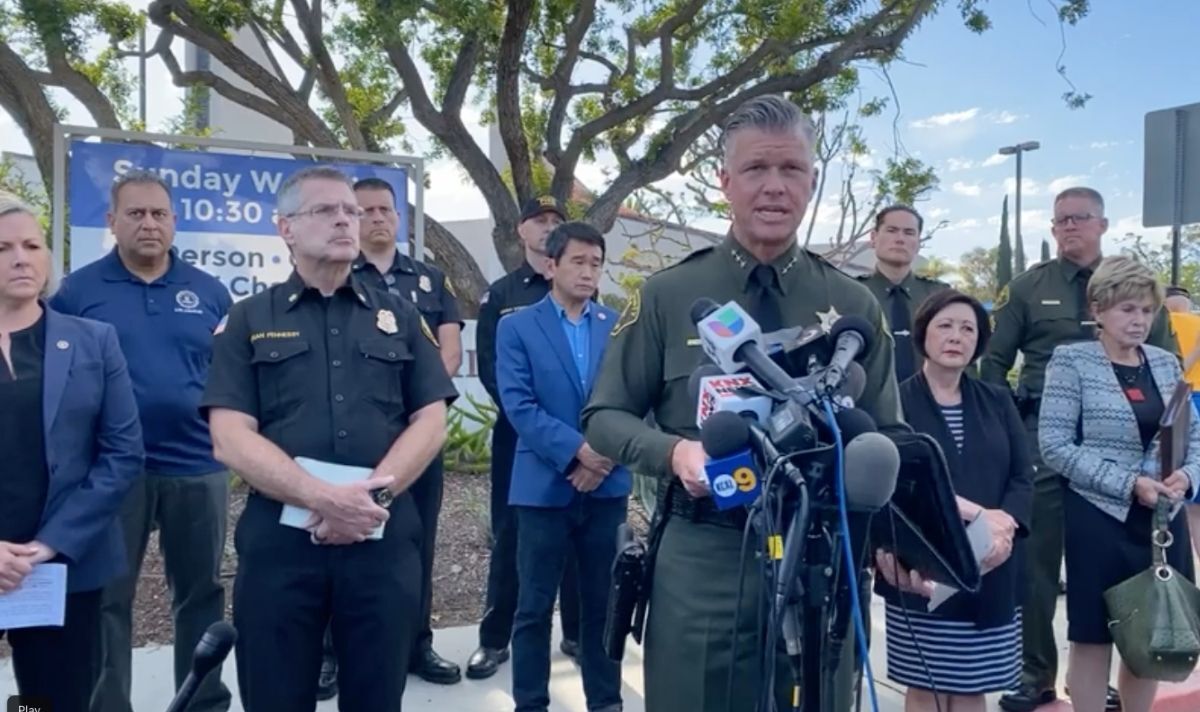 Local police revealed that one person died and five people were injured, with four receiving “critical” injuries following the attack. The gunman was detained by churchgoers and has been taken into custody.

At a press conference from the scene, Orange County Undersheriff Jeff Hallock stated that it is an active investigation and recalled the incident: “At about 1.26pm this afternoon, a male subject opened fire here at the Geneva Presbytery Church in the city of Laguna Woods.

“One person is confirmed deceased at the scene, four others are critical, and one other victim sustained minor injuries.”

“The injured victims were taken to local hospitals, currently do not have a status on the injured four in a critical condition.”

“When deputies arrived on scene, they provided immediate medical aid to the victims here at the Church.”

The gunman is “believed to be an Asian male adult in his 60s” and his motive remains unclear.

However, Kristi Johnson, the assistant director in charge of FBI Los Angeles, reassured the public that the law enforcement agency is “working very hard to determine the motive”.

The gunman was not believed to be from the area and investigators are attempting to establish his place of residence and any connection to the church or the congregation.

Mr Hallock described the heroic actions of members of the congregation who tackled, detained, and disarmed the attacker.

He said: “We believe a group of churchgoers detained him and hogtied his legs with an extension cord and confiscated at least two weapons from him.

“He was detained when the deputies arrived.

READ MORE: Ukraine LIVE: Putin ‘would be prepared’ to launch nukes if defeated

“That group of churchgoers displayed what we believe is exceptional heroism and bravery in intervening to stop the suspect.”

The Mayor of Laguna Woods, Carol Moore, praised the bravery of the congregation, saying: “I want to thank those people who were wise enough to take action and endanger themselves to save others in that Church.

“That is so impressive. Our thoughts are to all of those members of that congregation and their families.”

According to Stephen Galloway, Assistant Special Agent at the Bureau of Alcohol, Tobacco, Firearms and Explosives (ATF) Los Angeles, the two recovered firearms were handguns.

Mr Galloway added: “Our agents have initiated an emergency trace on the recovered firearms, those traces are currently in progress and will be thoroughly investigated once they are complete.”

Orange County’s Fifth District Supervisor Lisa Bartlett vowed to “seek justice” for the congregation after a “senseless tragedy” and is providing those members with crisis councillors to help with the trauma of the incident.

She said: “Today is a very dark day for the people of Laguna Woods and Orange County.

“Just a day after the tragic and hate-filled actions that led to the senseless deaths of Americans in Buffalo, New York, we too are now dealing with people shot in their place of worship here in Laguna Woods.”

“We will seek justice for you.”

The Undersheriff confirmed that there were 30 to 40 witnesses who are being interviewed now by investigators.

Further updates are expected over the next few hours, with another press conference scheduled for Monday morning.