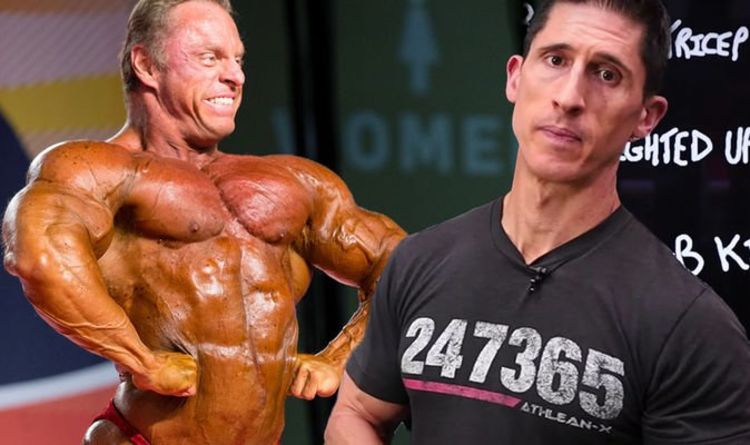 The 49-year-old professional bodybuilder died “unexpectedly” at his home in Ohio, US, on Sunday. It has since emerged that the father-of-two’s death was caused by a pulmonary embolism, according to website Fitness Volt.

As more details about the demise of the pioneering bodybuilder – known as Mountain Dog – emerged, friend and fitness expert Jeff Cavaliere created the donations page.

Paying tribute to the late bodybuilder, he wrote: “As physically strong as John was, his greatest strength was his dedication as a father and husband.

“There’s not a soul alive that could say anything but great things about him. Whenever we would talk I could literally hear his smile through the phone when the subject of his boys came up.

“As fathers of twins we had an instant bond, rooted in both the extreme challenges and extreme joys that come with the task!

“He was scheduled to speak at my upcoming event in September and we were so excited to finally get a chance to shoot some videos together.

“As you’d expect from John however, he was going to fly in on the first flight on Thursday so he could be with his sons at football on Wednesday night.

“You will always be remembered and cherished by your fans as a truth-teller, an incredible resource, and a class act.

“In addition to those things you will be remembered by me as an incredible father and family man for which I respected you greatly.

“I’m honoured to have had the chance to learn from you. Keeping Mary and the boys in my prayers. Rest In Peace Mountain Dog.”

During an illustrious career spanning more than 30 years, Mr Meadows earned his reputation as a respected bodybuilder.

Raised by his grandmother, he entered his first bodybuilding competition at the age of 13 in 1985 while also pursuing his passion for powerlifting.

Despite a severe health set-back in 2005, he eventually secured a famous Pro Card – winning first place at the NPC Universe in 2015.