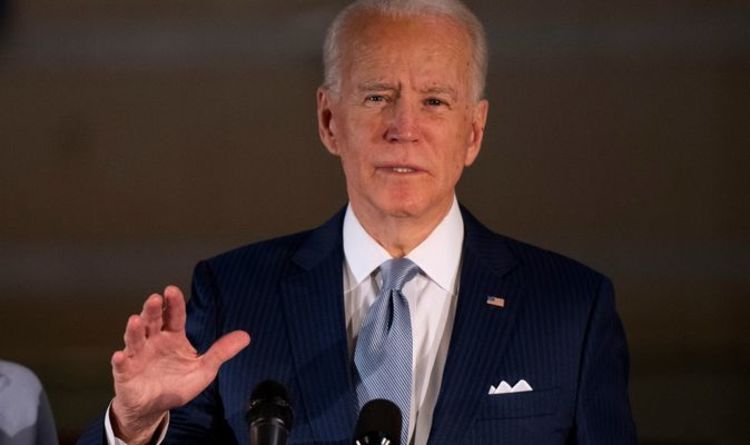 US President Joe Biden suggested his Russian counterpart Vladimir Putin could act at any moment as concerns about an invasion of Ukraine grow. The Kremlin has reportedly mobilised around 100,000 troops on the border but officials in Kyiv suggest Moscow is not ready to launch an invasion.

Speaking about Ukraine, Biden told reporters in Washington: “This is all Putin.

“I don’t even think his people know for certain what he will do.”

He added: “I’ll be completely honest with you, it is a little bit like reading tea leaves.

“Ordinarily, if it were a different leader, the fact that he continues to build forces along Ukraine’s border, from Belarus all the way around, you’d say, ‘Well, that means that he is looking like he is going to do something’.

“But then you look at what his past behaviour is and what everyone is saying and his team as well as everyone else as to what is likely to happen, it all comes down to his decision.”

The USA has responded to concerns about Ukraine by readying 8,500 troops.

However, the US embassy in Kyiv also posted on social media to reveal how else America has been supporting Ukraine.

“Tonight, the third shipment of $200million in assistance authorised by President Biden arrived at Boryspil Airport in Kyiv. The USA stands with Ukraine, and we will continue to provide Ukraine with the support it needs.”

She said: “No one can get into the mind of President Putin or Russian leadership.

“What we have seen is a range of preparations, including 100,000 troops at the border, bellicose rhetoric, and actions, as we’ve talked about in here, including false-flag operations to try to spread misinformation throughout the region and even the world, setting up the predicate for an invasion.

“So, while, of course, our preferred path is diplomacy — and we can’t predict where the mind of President Putin is — we’ve certainly seen aggressive actions and preparations increasing at the border.”

Ms Psaki added: “I think when we said it was imminent, it remains imminent.

“But, again, we can’t make a prediction of what decision President Putin will make.