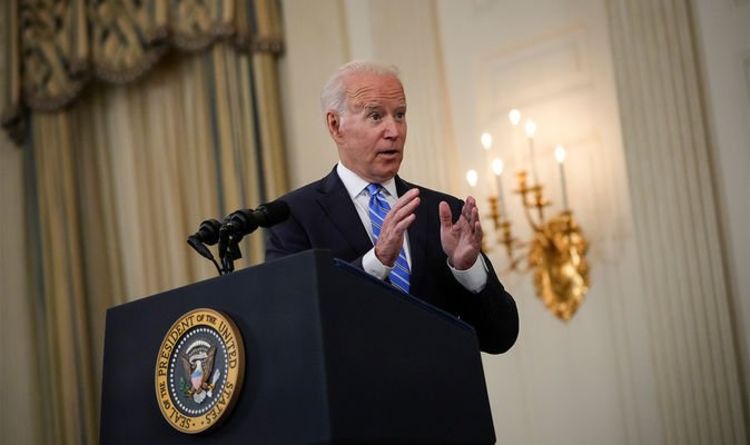 Cuba has seen the largest wave of protests against its own government in the last 60 years with hundreds of people arrested. According to reports, the Cuban military controls a number of cities and towns. During the protests, people were shouting “we are hungry,” “down with the dictatorship,” and “freedom.” The demonstrations erupted spontaneously on July 11 in the town of San Antonio de los Banos before rapidly spreading to some 40 other locations, including the capital Havana.

The protests resulted in one death, dozens of injured and more than 100 arrests.

The events were largely driven by a population fed up with food and medicine shortages amid a spike in Cuba’s coronavirus pandemic and the effects of its worst economic crisis in 30 years.

And now several people, including the mayor of Miami, Francis Suarez, have demanded actions from US President Joe Biden.

In a speech last week Mr Suarez said: “All options have to be on the table.

“Unfortunately, Cubans who have been protesting peacefully in the streets for six days by themselves will not be able to defeat a regime that represses them with weapons and imprisons them.”

On top of that, Alexis Berg-Rodriguez, a professor of International Law who specialises in the relationship between the European Union and Latin America, said: “The possibility of an armed intervention by the US in Cuba is real, it is always present, it is not crazy.

“We can’t rule it out because the US already tried it on one occasion with the Bay of Pigs invasion.”

But Mr Berg-Rodriguez also believes that the US might have its own benefit in the Cuban conflict.

He continued: “And if these changes are not stimulated correctly, the government measures are sometimes not implemented.”

In Mr Berg-Rodriguez’s opinion, the underlying problem is whether Cuba wants to advance towards a process of democratic openness or “a process of revenge” on behalf of the Cuban exile.

“The European Union must choose between being a leading actor on the international scene or following the US.”

Cubans living in the United States continue to protest, demanding the Joe Biden government to lead an international collation to intervene and stop the persecution and repression of the dictatorship.

Several Cuban activists in Miami have assured that the protests on the island have continued after a week.

This is despite the fact that the government cut off internet and electricity.

The regime also implemented restrictions on social networks so that these events are not known, both nationally and internationally.

The US and Cuba have got a long history together, including many American occupations of the island nation that started as early as 1899.

More recently, in 2021 the outgoing Trump administration reinstated Cuba to the US State Department’s list of state sponsors of terrorism.

This was mainly because the Cuban government had refused to extradite ten leaders of Colombia’s National Liberation Army.