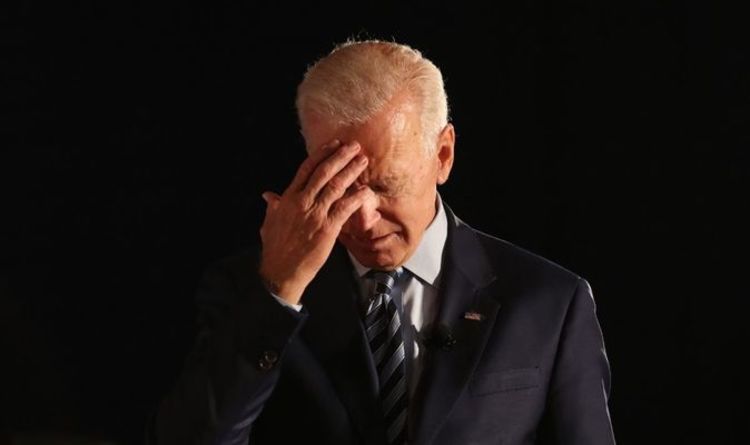 According to the most recent census in April, the entire population in the States is 331 million.

Nearly 350 doses have been administered, however. It is possible that the President’s notes were referring to this number.

Latest figures show 166 million people have been fully vaccinated in the US – around half of the population.

READ MORE: US must act! Joe Biden told to stand up to China to keep ‘world order’

“That shows how much our vaccination progress has done to protect us from the worst of the new Delta COVID-19 wave.”

The US President is known for occasional verbal slip ups while speaking.

Mr Biden has previously joked about his habit of misspeaking, remarking: “I am a gaffe machine.”