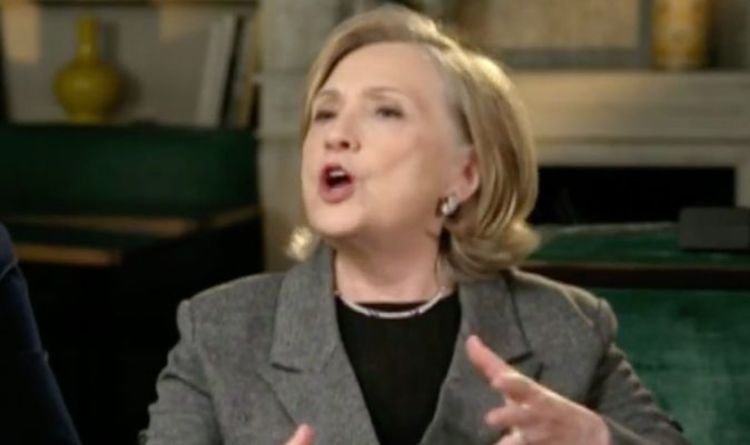 During a chat about the former Democrat presidential candidate’s latest novel, State of Terror, Hillary Clinton hinted Donald Trump was the inspiration for a distasteful character in the story.

Mr Marr quipped: “There are lots of extraordinary characters, there is a previous president who is controlled by sinister right-wing forces.

“And we have absolutely no idea who you are talking about!”

Laughing, Ms Clinton replied: “I have to tell you, this is a point Louise [co-author] made which really struck me…

“If we had presented this outline to a publisher five years ago.

Speaking to GB News on Friday, Greg Swenson from London-based Republicans Overseas said it is clear following the launch of Donald Trump’s new social media platform, the former POTUS has his eyes set on the presidency.

Mr Swenson told the panel during a discussion about new platform ‘TRUTH Social’ that there are credible reasons why Mr Trump has launched such a project.

He suggested how “it just seems that every indicator suggests” that President Trump is forging ahead with a campaign to take power from the Democrats.

The Republican added: “I don’t doubt that if anyone could be successful in launching this new media platform, it would be him.”